We got to chat with Harriet about what it takes to open a permanent restaurant, women in the kitchen, and what she wished she could had told her younger self when she was starting out. 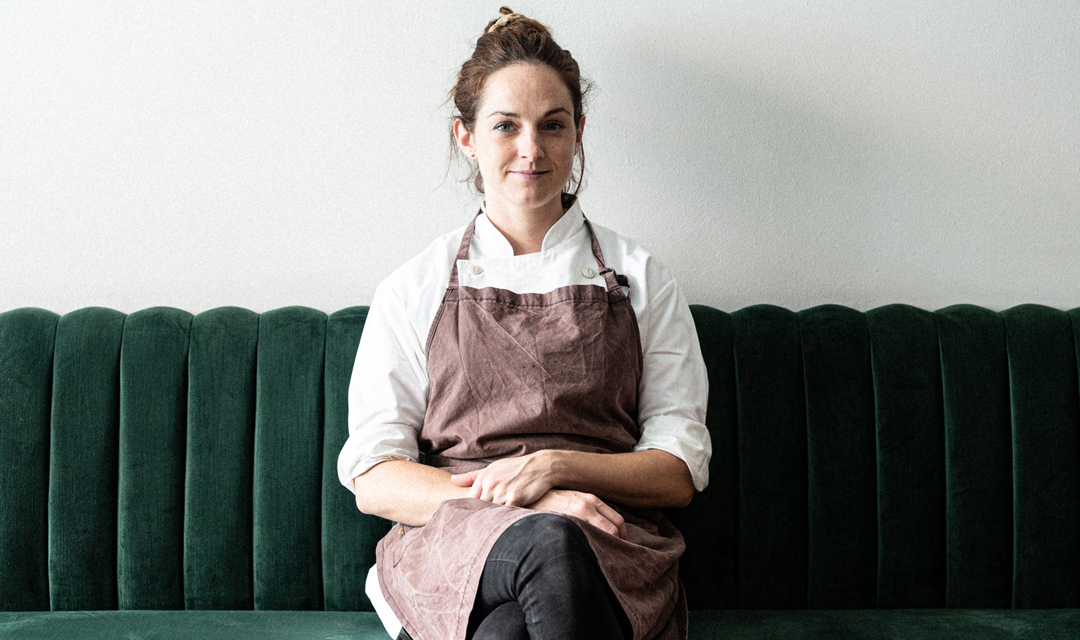 Dorset is home to Harriet Mansell's first permanent restaurant, the 32-cover Robin Wylde, which she has funded herself following a successful pop-up of the same name.

Harriet opened the original Robin Wylde pop-up in April 2019, which was a sell-out for its entire six-month residency within Lyme Regis’ culinary events space The Pop-Up Kitchen. As word of the Robin Wylde experience spread through Dorset and beyond, only six weeks after opening Harriet was asked to take part in the 2020 series of BBC1’s Great British Menu, where she competed in the South-West heat.

Drawing on the West Country’s enviable array of natural ingredients and producers, the menu shines a light on the region’s world-class seafood, incredible locally grown produce that benefits from the southerly climate, sea herbs and seaweeds and more.

We got to chat with Harriet about what it takes to open a permanent restaurant, women in the kitchen, and what she wished she could had told her younger self when she was starting out.

1) We are very curious to hear your concerns, struggles and fears when you converted the pop-up to a permanent restaurant. Could you tell us how it was?

I don't recall specific struggles or fears at that moment. At the point at which you are asking about, I was in a state of there being no conceivable alternative and experiencing the lightness of that decision and direction. The heart of the pop-up was to trial the concept, for customers, and myself. I knew at my core that there was no alternative path to follow, and was excited at the prospect of everything that journey might entail - I had a fair sense of anticipation that there would be highs and lows but that I was ready to embrace the ride, whatever it brought. 2) What are the main differences between having a pop-up/residency and a permanent restaurant?

Everything in the pop up was a tad more makeshift - we made do with a limited selection of equipment, crockery, glassware. Kitchen space and equipment was limited - something that still exists in my permanent restaurant, but we do have a few more handy gadgets now. Due to moving everything in and out of the premises every week, we used a smaller selection of glassware, and had a reduced wine list. Each week we scrambled to get the space to the highest standard that we could, in the time that we had. We offered a smaller tasting menu. Staffing was lower - and so I can comfortably say that I know that now, the standard of the food going out is considerably higher. Permanent restaurant, everything is just so. You return to find it as you left it. It's reassuring, and it's home. The interior is how you want it - a reflection of your creative mind. The ambiance is controlled as it's everything you set it out to be. It's a calm feeling, being in the permanent home. The pop up however, had that young, excitable sense of energy - frenetic at times - but an energy that overflowed into everything - excitable and slightly more raw. The permanent restaurant is still a young realisation of all that energy - and with it comes a slightly more grounded feeling, as we embed ourselves into our little corner of the world and work with the plants and foods that we find around us. We offer a greater attention to detail, and have attracted more passionate team members who inject their enthusiasm and energy into delivering a higher standard. Of course the permanent restaurant also brings with it the responsibility of being the tenant of that property, the maintenance, and the administration involved with this business side of things is considerably greater; there is staffing, bookings and everything involved in running a permanent space that need constant fine tuning.

3) Do you feel like when you open a restaurant you have the knowledge to open a second? In your case, Lilac took longer than expected, right? Was it because of COVID?

I don't think I necessarily knew how to open the first restaurant, but believed that I would figure it out. With the second, of course you have learned useful information and experience that you can transfer. I didn't plan to open a second restaurant so soon after the first one, but these things sometimes have a way of coming to fruition... It was part of a longer term business plan to open up a second place that would work symbiotically with the first, to co-exist alongside one another. The pandemic and lockdown afforded the opportunity to open the second place, as during a search for a larger kitchen space and storage, I stumbled across the 400 year old cellar. One thing led to another and before I knew it, the lease had been signed, and 3 months later we opened the doors at Lilac Restaurant & Wine Bar in August 2021. 4) What were some of the key skills that you learnt from your time in Michelin starred restaurants?

Wilingness to learn, attention to detail, passion is contagious and comes through in everything you do.

5) Have you always worked in kitchens where women have been in the minority? Do you think the gender balance is getting better?

Yes, until now. (My kitchen at Robin Wylde, is an all female team. Not intentional, but it's how it panned out.)

Previously, every kitchen I worked in, females were in a stark minority.

6) Finally, what do you know now that you wish you could have told your younger self when you were starting out?

Tune into and listen to your intuition. Do the things that bring you joy, and know that you will be on the right path.