The space in Brooklyn is finding ways to eliminate food waste from their premises. 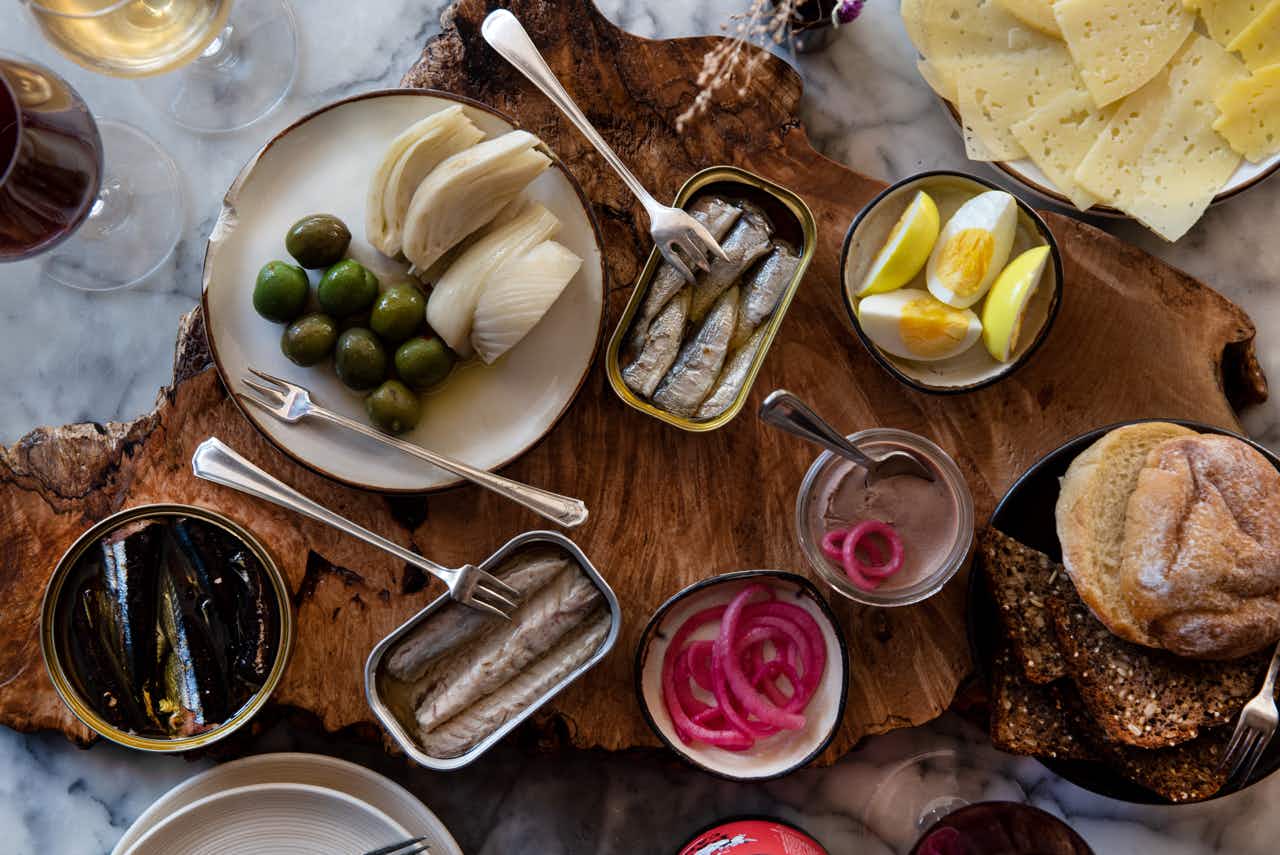 In artisanal bars and cafes all around the world, environmentalism is in vogue. You can usually spot a behind-the-bar recycling bin, and the restaurateurs will pay the expected lip service to waste and sustainability.

But there’s saying and then there’s doing, and Rhodora, a brand new Brooklyn wine bar, is counting its carbon meticulously.

The team behind the opening, The Oberon Group, has a longstanding commitment to sustainability (the bar’s forerunner, Mettā, became New York’s first carbon-neutral restaurant in 2017), but for Rhodora they’ve doubled down on every aspect.

Wines come in compostable boxes, drawn entirely from small-farm producers crafting low-intervention, natural products. The dishwasher uses electrolyzed water to steer clear of soap, and single-use plastics have been banished entirely, along with all alcohol brands that use non-recyclable bottle caps.

Local producers deliver fresh meat and seafood by bicycle, often in so-called “closed loop” deliveries where the container is returned and re-used.

Scraps are composted, as is leftover cardboard, while corks are sent to a non-profit that turns them into shoe soles.

Being a no-waste space means controlling not only your own refuse, but that of your customers. You’ll have to dispose of your gum elsewhere – Rhodora doesn’t have the necessary facilities – and don’t expect a paper receipt.

The establishment takes its cue from the tapas bars of Portugal and Spain, and serves up a light, early-evening combo of oysters, salads, cheeses, tinned fish, and charcuterie.

The streamlined menu means that there’s one other thing missing from Rhodora – a chef. Staff are “cross-trained” to handle every stage of the operation interchangeably, eliminating the front and back of house split that defines most eateries.

Though new to New York, no-waste restaurants are not unheard of. Rhodora drew inspiration from Silo, a London-based diner started in Brighton.