; The world is ready to appreciate African cuisine | RSVP Insider

The world is ready to appreciate African cuisine

Why is French cuisine a fine dining experience, but oxtail stew can cost less than $10? 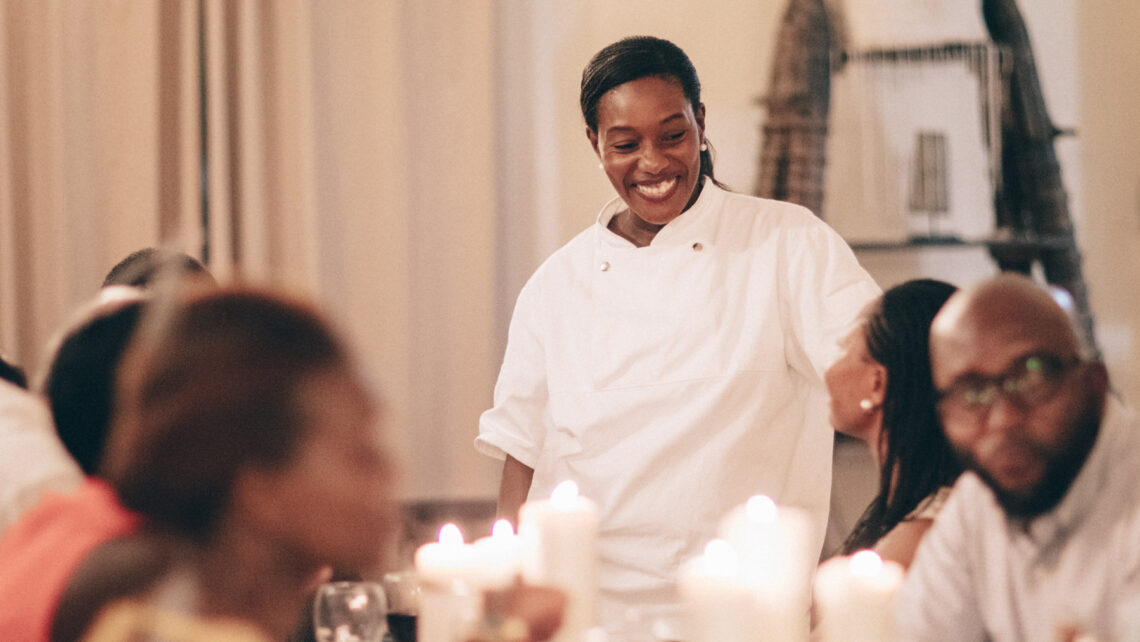 There was a time when we read about African cuisine from food publications and glossy travel magazines, it was about food from North Africa.

They would mention the tagines of Morocco, the falafel and shawarma that Egypt is famous for. The flatbread and couscous of Libya and even shakshuka that is enjoyed in Tunisia.

Rarely has there been attention paid to other parts of the continent, until recent years.

We have seen food writers, chefs and cooks highlight cuisine from West, East and Southern Africa. Yewande Komolafe, had a major spread on the New York Times, where she spoke and shared West African recipes.

For the past two years, West African cuisine has been touted as the region the food world will be focusing on in various trend reports. We have seen an explosion of African chefs on social media, readily sharing African cuisine, even more so during the lockdown. (See our piece about 5 chefs bringing the flavours of African cuisine to international gourmands)

Interestingly, Thabo Phake, a South African chef based in Abuja, Nigeria, says it was bound to happen, thanks to the world looking at Africa for inspiration in music, beauty and fashion.

“With musicians and fashion designers getting more attention and so forth, the African culinary space was then privileged enough to benefit from it. I think it has to do with the trickling down effect.”

"It’s important to note that African food has always been here, prepared and consumed by Africans, written, spoken about and celebrated locally. With the recent recognition of chefs and food writers of African heritage in the U.S, such as Kwame Onwuachi, Michael W. Twitty, Selassie Atadika and Nneka Okona, there has been a corresponding growing mainstream interest in the food they write about and prepare. We’ve seen a greater interest in West African cuisine whereas in the past Africa has been viewed either as a continent, or as a purveyor of North African food and all else was a mystery to Western media."

Selassie Atadika is also one of the champions of African cuisine. Last year she was named a Basque Culinary World Prize Finalist and was also listed as one of the Top 50 Plant-Forward chefs by EAT Foundation and Culinary Institute of America.

She was one of the speakers at Design Indaba this year, where she spoke in detail about what she calls New African Cuisine. Attendees were taken on a tasting journey, where they were presented with various flavours and taste profiles that can be used to flavour dishes. She used sugar cane (sweet), smoked water (smoked), dune spinach (salt) and injera (sour).

The chef founded Midunu, which is a nomadic restaurant in Dakar, Senegal and is the first of its kind. She is also a chocolatier. With New African Cuisine she aims to encourage the use of using native ingredients and to bring African cuisine to the wider market, making it more accessible to more people.

Why is French cuisine a fine dining experience, but oxtail stew can cost less than $10? Some of this can be attributed to the cultural hierarchy in food.

Research by NYU professor Krishnendu Ray indicates that dishes from cultures considered “prestigious” by Westerners will cost more than dishes from less regarded cultures. French cuisine is considered fine dining. Food from African, Hispanic, and Latin cultures were seen as the cheapest eats with the lowest social capital in his research.

Ray believes how much prestige cuisines have is tied to recent waves of migration.

“If you have a group of poor immigrants coming to the country, their food can become popular, but it’s very hard to get prestige. Because prestige is related to class hierarchy. We generally don’t give prestige to poor people’s culture,” he told WNYC.

It's time to cherish foods from black cultures.