; How a chef tackles sustainability during a pandemic | RSVP Insider

Chef-owner of zero-waste restaurant Silo, Douglas McMaster, spoke about the concept of zero waste, how the pandemic is affecting the United Kingdom’s restaurant industry and much more. 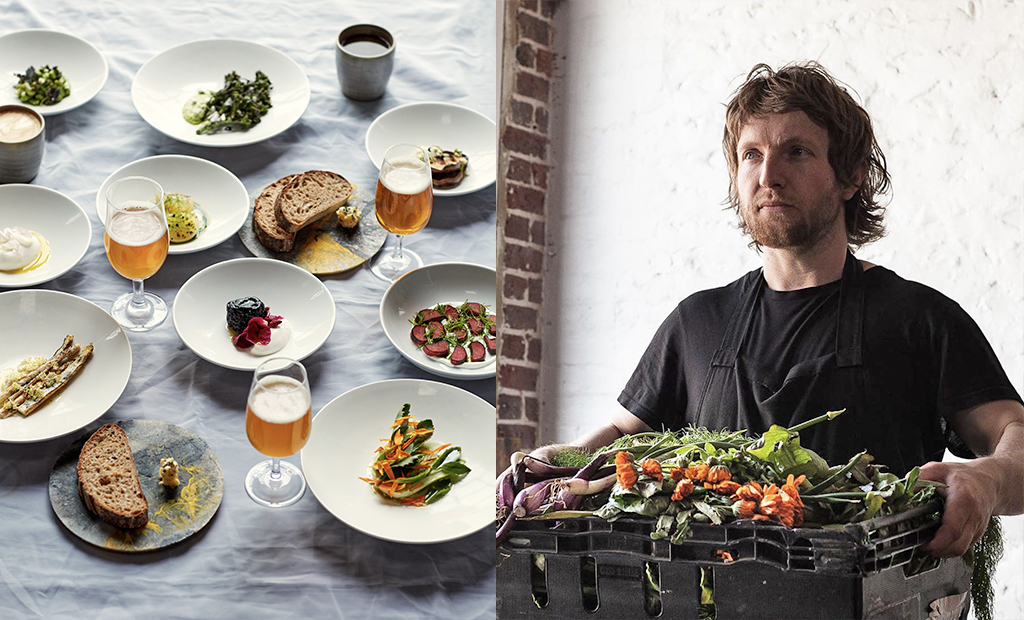 After working at a zero-waste pop-up in Melbourne, Australia in 2012, chef Douglas McMaster decided to take the concept back home to the UK in 2013. He opened a restaurant in Brighton, but, last year, he moved the venue to London.

Before tackling the effect of coronavirus, McMaster explained his understanding of ‘zero waste’ and how it plays out at Silo.

“So, broadly speaking, zero waste as an idea…just means ‘nature’; to work with nature and not destroy it,” he says. “More specifically, in the context of a restaurant, zero waste means to not have a bin. Silo, literally does not have a bin.”

The food system is what McMaster calls pre-industrial. “Something that I realized about eight years ago, is that waste exists because of humans,” he says. “It’s humans who have created an industrial food system. Now, whether it’s plastic or polystyrene or pollution; these things are wasteful and they are human creations. So we have a responsibility to take away that problem. At my restaurant not having a bin is a solution to that.”

The coronavirus pandemic has made operations challenging for all restaurateurs — McMaster’s commitment to a closed-loop system adds another layer of complexity.

“I [rely] completely on a natural supply chain, which means everything comes from nature,” he says. “We do not have the luxury of industrial logistics and efficiency. We don’t call wholesalers; we call farmers. Now unfortunately, with what’s happened, all restaurants have closed. So all of our small supply chains have completely collapsed. That means there is no food system [and] there is no Silo, which is obviously very heartbreaking.”

The supply chain that Silo relies on didn’t exist when the Brighton location opened. “When I went to a farmer and asked them to put milk and cream in a stainless steel pail, they just shook the head and they said, ‘No, it goes in a plastic jug’,” says McMaster. “This is an organic, amazing dairy farmer. Six years ago, that was what the world was like in the UK. Farmers didn’t supply directly…not to these central urban environments.”

Even ‘small’ producers like this need to manage logistics. With the majority of their restaurant customers closed and health warnings to consider, these farmers can’t afford to deliver anymore. Instead, consumers have come to rely completely on industrial food supply chains.

When asked how he’s maintaining Silo’s relationship with suppliers the chef said, “Lots of communication, connecting them to different supply chains so they can keep trading and I’m planning on a ‘family web’ style coverage on social media, leading up to the reopening.”

Silo is among those that closed in mid-March as the UK entered shutdown, but the team kept cooking for the immediate community until they could no longer procure produce. McMaster agrees it’s important businesses continue to develop new offers, such as delivery services, in order to sustain themselves through the pandemic. But, it’s not a model that fits the Silo ethos. “One because there’s no supply chain and two [because of] the packaging,” McMaster explains. 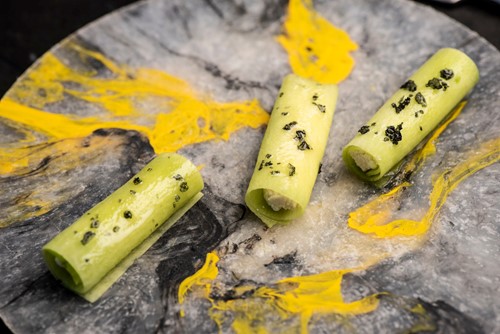 Instead, the Silo family turned their attention to an important, if daunting, set of questions: Why is zero waste so important, and, if it’s so important to Silo’s mission, how can the business do better?

“It sounds like a silly thing to say, but we just don’t have enough time in this industry to think, and I mean, deep thought,” says McMaster. “Here is a time when I’m starting to ask a really important set of questions: if zero waste is really important, which I think it is, how can I do it better? How can I make more of an impact?”

Without a restaurant to reach new audiences, McMaster is developing a platform for online education. He’s tightlipped because it’s not official yet, but the goal is to make the concept of zero waste accessible to people worldwide.

It’s clear McMaster likes a challenge. “I like to optimistically look at every predicament, every problem, as an opportunity to innovate, to think broadly,” he says. “The secret to a lot of progression — I don’t mean small progression, I mean, big progression — is this perspective. It’s taking a step back at the situation, looking at the bigger picture and planning for that bigger picture.

“For me it’s really important and critical that now is an opportunity to see the bigger picture and to innovate the future. This is not the last major ecological catastrophe that we will see in our lifetimes. I can assure you of that — this is a storm, but there’s many more storms to come.”

COVID-19 has been the most disruptive event many in the restaurant industry have experienced. It’s forced hospitality professionals to innovate and, hopefully, it’s a catalyst for a new, more diverse system. “And the more diverse we become the more resilient we become to future catastrophes,” says McMaster. “So I think there are a lot of positives with this, [particularly] the diversification and the decentralisation. Of course, I’m very excited about getting back into the culture of restaurants and eating out.”