The head chef at the trendsetting restaurant El Bulli is worried about the pay gap in hospitality. 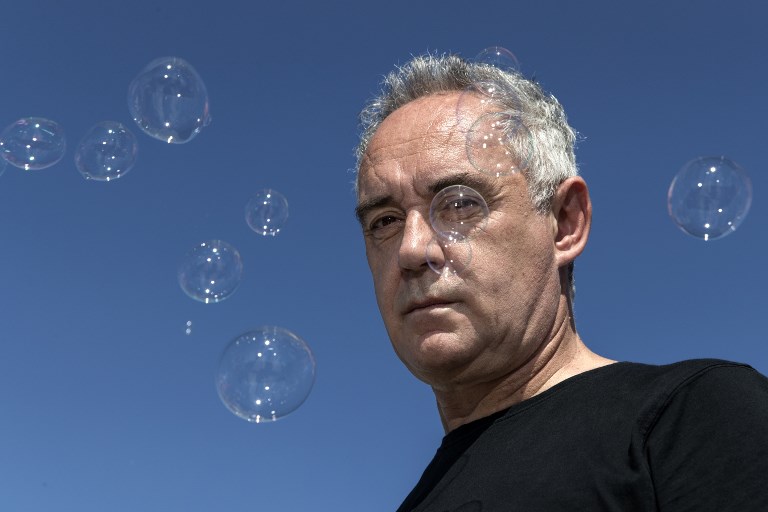 Ferran Adrià, the Spanish chef who turned foods into foams and pioneered a new era in gastronomic innovation while running one of the world’s most popular restaurants, is returning this spring with a new project called elBulli1846. This exhibition space and lab dedicated to study, research and experimentation will live on the site of the original El Bulli restaurant in Roses, Cala Montjoi, on Catalonia's Costa Brava.

Before the opening of elBulli1846, Adrià gave an interview to El País. The acclaimed chef discusses the pay gap in hospitality, the profit margins in fine dining and how he wants to continue to contribute to the food industry. We have translated some of the questions below.

Most of the great chefs are men, does diversity not enter the kitchen?

Many girls passed through elBulli, although most of them were men, this is a matter of time. The talent is linked to the quantity and little by little it will be adapted. I have never looked at talent by gender. We must normalize it and fight for equality, with decent salaries. You can not pay 800€ salaries. I'm more worried about people earning decent wages than women being up because they will be, it's a matter of time.

Do you make money with haute cuisine?

If what you do is cutting edge, it's not profitable. It is the purest thing there is. When we created the R & D & I model, we looked for resources outside, as was already done in France. It is difficult to earn money with quality and creativity at a reasonable price.

What do you intend to contribute to the world of gastronomy at this time?

We will share the knowledge around innovation. In the nineties we already did in elBulli open doors, we have more than 2,000 bullinians distributed all over the world, and now from the Foundation, we want to share all this knowledge with the new generations so that they are the best. Resources are needed because not everyone has access to training, we allocate more than one million euros to generate content and disseminate it.