The food industry will be different after coronavirus. Let's look at that as an opportunity

Hear from chefs that look at the pandemic as an opportunity to think about how to transform and future proof the restaurant world now, so this will save the industry in the long run. 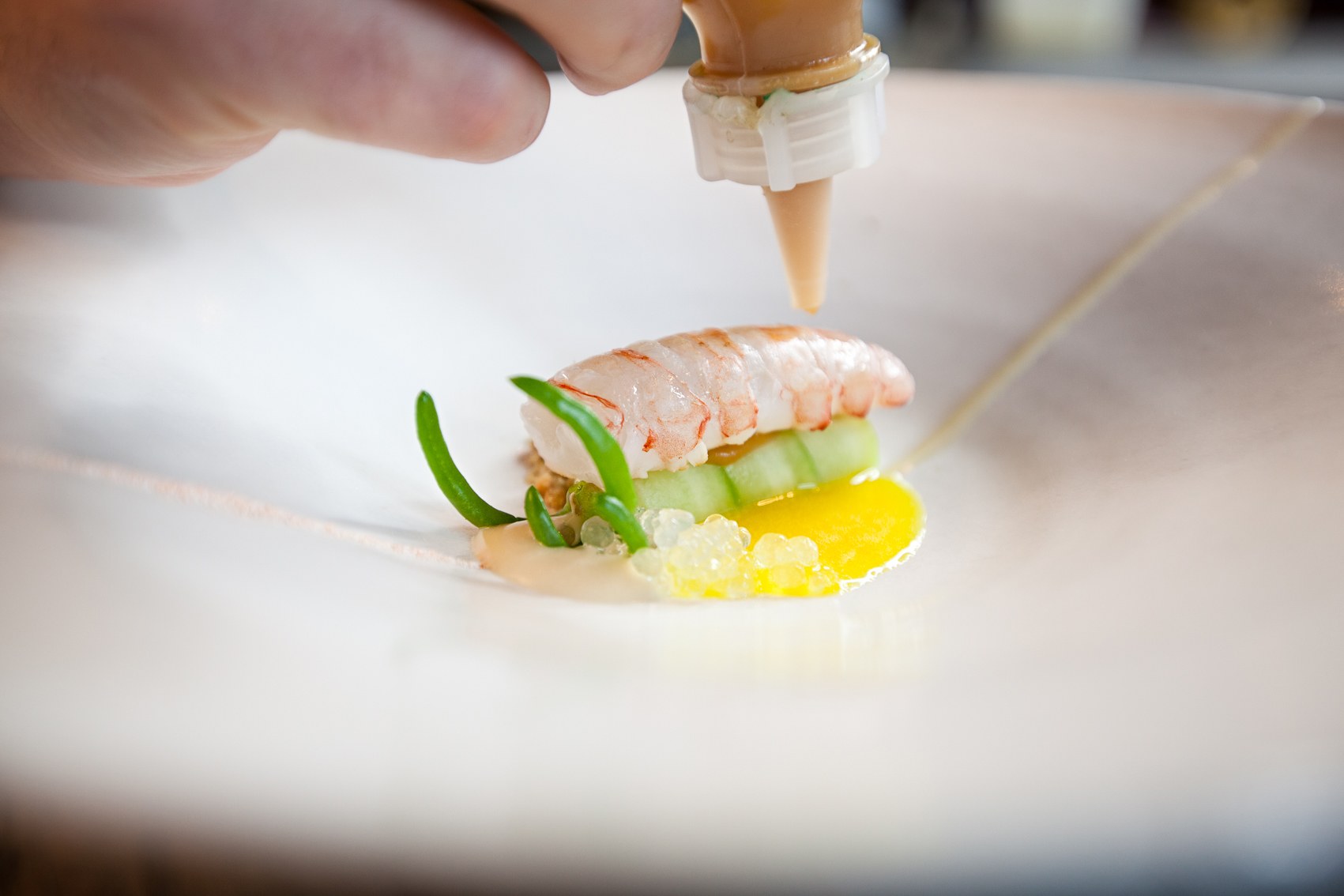 Like many people forced to work from home these days, chefs and restaurateurs are glued to their computers. They are not so much keeping up on life during the pandemic, as after it. They are obsessively following the resumption of normal activity in China as it emerges from a two-month lockdown.

Is everyone still wearing masks? What do streets look like? Are people eating out? Have restaurants decreased the number of seats?

Because when the pandemic does abate, and restaurants get the go-ahead to welcome back diners, they face a social as well as a business challenge: filling seats during an economic crisis, while chasing a profoundly-changed consumer.

The experts all agree that the food industry, though, will be different than it used to be before the pandemic: when we all come out of our COVID-19 hibernation, it will almost certainly be reshaped by a new reality. Even Rene Redzepi, the chef of Noma in Copenhagen, thinks haute cuisine will have a new meaning. “The concept of sitting at table for four to five hours in a fine-dining context seems very dated to me despite being just one month old,” he said, speaking with Canadian journalist Marie-Claude Lortie on Instagram Live.

This is an opportunity for the food and beverage (F&B) industry to think about how to transform and future proof their business now, so this will save them in the long run.

Below, we give you examples and insights from international chefs and experts.

Are takeout and delivery making any difference?

Within a span of days, some of the world’s most popular restaurants have completely adjusted their business models to focus on takeout and delivery. Selling food and drink for diners to consume at home was a restaurants’ only way of doing business after local leaders closed restaurants to sit-down service in order to manage the spread of the coronavirus. But is this making any difference to a restaurants' business?

With the entire hospitality industry effectively in limbo, delivery and takeout were supposed to serve as a vital lifeline to restaurants that desperately need to make some money. But across dozens of conversations, chefs and restaurateurs around the world say that the money simply isn’t enough — not even talking about the safety of workers.

It doesn’t help that delivery platforms charge enormous fees to restaurants, which can be from 20 to 30 percent. (The New Yorker has an article called “How Delivery Apps May Put Your Favorite Restaurant Out of Business”).

On a recent episode of The Bill Simmons Podcast, chef David Chang spent a lot of time discussing food delivery and its impact on the restaurant industry. “It’s going to decimate the business,” said Chang.

According to the American restaurateur and host of Netflix’s Ugly Delicious, because of delivery, restaurants are now competing with all the other restaurants across an entire city, not only in their neighborhood, which only means a fearless competition.

Chang also explains the restaurant accountancy numbers are not working right now. If a restaurant was making 5-7% profit, what happens when they pay 30% commissions to a delivery company and they only do 3-4 meals per week through delivery? “The model has to improve for restaurants,” said Chang, who added, “the 30% fee of delivery is a model that’s not going to work long-term.”

Other chefs have a hard time thinking about how they will convert their multi-course tasting menu into five or six boxes. Amanda Cohen is one of them. In a talk on the 92Y platform, the chef of Dirt Candy in New York said: “we’re not set up for takeout and I couldn’t figure out how to make it make sense.” Additionally, Cohen said the takeout business is unpredictable for her friends; a place might make $1,000 a night, but nothing the next day. 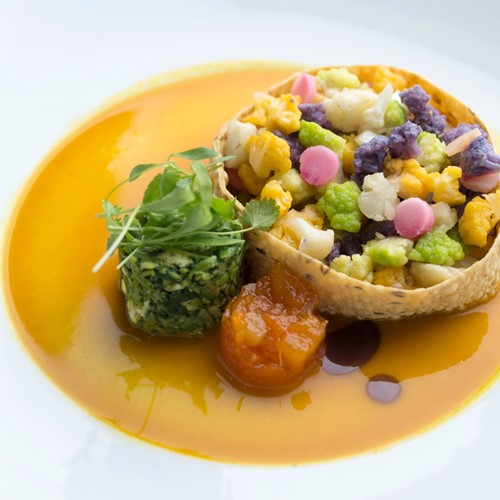 In a much tougher business, with restaurants competing for higher rankings in the food delivery platforms, as well as trying to adapt to a consumer increasingly more worried about costs, fine dining restaurants have to be much more creative in order to succeed.

Seattle fine-dining Canlis, a 68-year-old restaurant, was the first to pivot its entire business model: temporarily closing its dining room and offering instead three new virtual restaurants: bagels to-go in the morning, burgers and sandwiches available via a drive-thru in the afternoon and meal delivery in the evening.

Another great example comes from Lithuania. At restaurant Sweet Root, take-out is called a pop-up restaurant at home. The chefs at this fine dining restaurant in Vilnius created a shortened and DIY version of their tasting menu, calling it the “Sweet Root Deconstructed.” When international leaders decided to shut down dining rooms in their countries, due to coronavirus measures, fine dining restaurants needed to either shift to takeout or delivery, or close down temporarily. Many decided on the latter — but still needed a plan for the time when conditions might be right to open again.

Many small, independently owned restaurants that rely on tasting menu dinners, thought the investment required to shift the entire business model on the fly seemed prohibitive to chefs and restaurateurs. So to generate much-needed revenue now, some decided to either expand the existing prepaid reservation calendar, or sell gift vouchers. Many think that allowing guests to book so far out in the future will allow for the income needed to cover re-opening costs.

Gift cards may help in the short term. Although there may be a concern that whenever temporary closure orders are lifted, restaurants will simply be deferring a money problem whenever diners cash in those gift cards and vouchers. "What we have been telling industry colleagues and friends coming to us is that just selling vouchers that can be redeemed at a later date is borrowing against your own future revenue," said Tiffany Ng, RSVP's CEO. "You get some temporary relief now, but what happens when you get to that later date; where is that revenue going to come from?"

Again, like takeout and delivery, originality is key. Tiffany considers that chefs and restaurants should rather sell unique experiences: "consider selling access to your chefs and staff for one-on-one sessions, masterclasses for a private group, or perks that will not be available to the general public when they come in to dine when you reopen. These will not impact the core revenue that you base your projections upon." 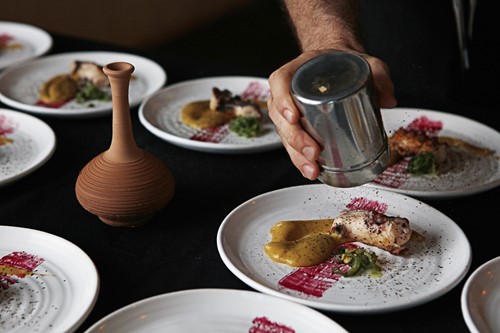 A similar issue could occur with prepaid reservations, since restaurants will need to make sure that the money being used now to pay rent during a closure isn’t needed later. But extending prepaid reservations may not even necessarily generate that much cash flow now, if diners aren’t thinking about going out to any time soon or are concerned about their personal finances.

Eleven Madison Park, the three Michelin-star restaurant in New York, has decided to go ahead with the voucher idea, but one step further, without an impact on future revenue. How? Chef Daniel Humm decided to sell experiences in support of the many people who work in their establishments. The restaurant group offerings include a running working with Humm––an avid runner––ahead of the New York City Marathon ($5,000 starting bid), a private wine tasting ($7,000 starting bid) and a five-course private dinner made by Humm and his staff at the winner’s home ($50,000 starting bid).

How to secure reviews for your restaurant – Part 1

How to Pitch Your Story to Press

How to secure reviews for your restaurant – Part 1

How to Pitch Your Story to Press