Best Chef? World's Best Restaurant? This chef was hearing it all until it started affecting his entire staff. 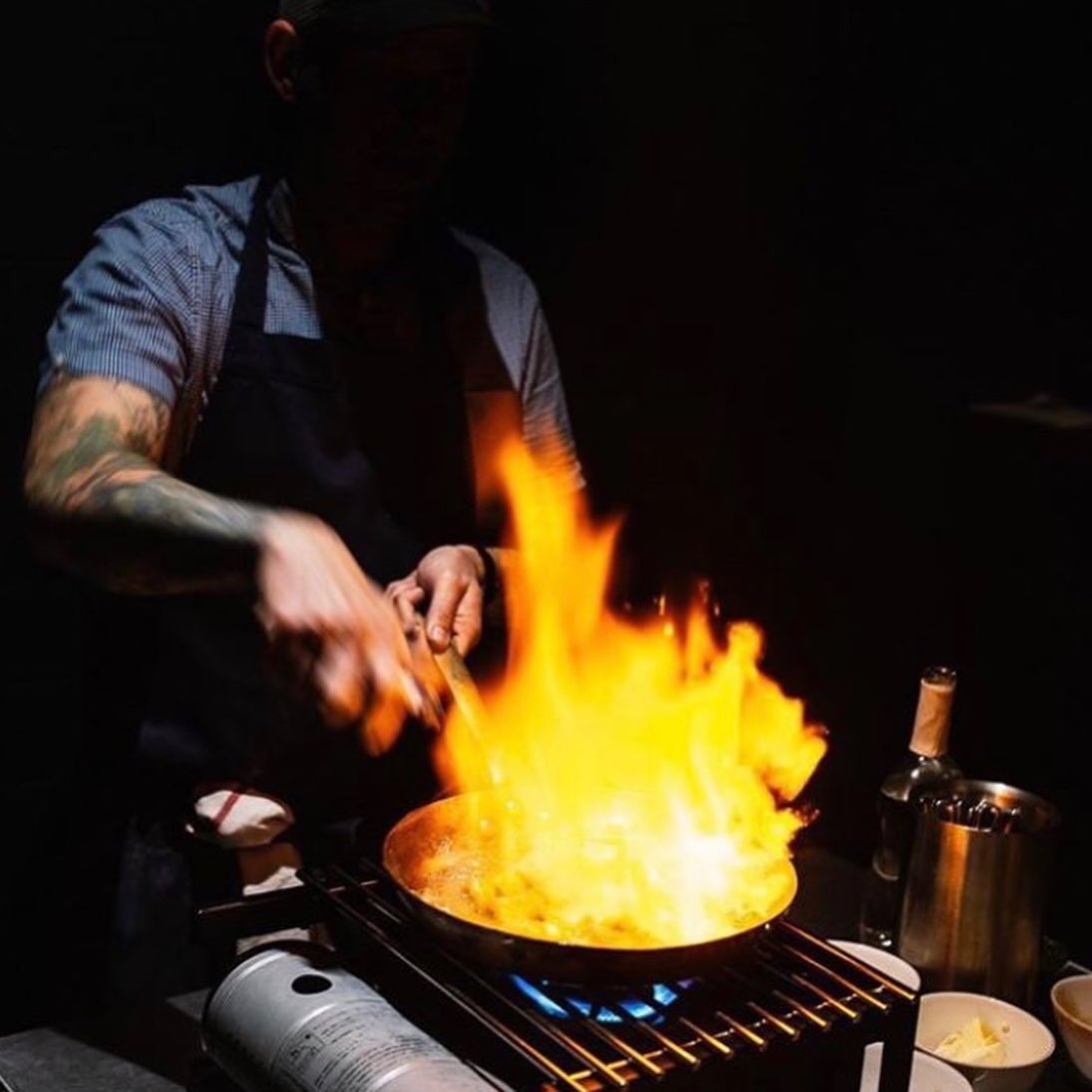 British journalist and food critic Jay Rayner wrote the article ‘‘Is being a chef bad for your mental health?’, where he puts forward some reasons why so many chefs are struggling with their mental health.

According to him, there are three deciding factors at the core of this mental health issue:

We add another one: awards. Here, we republish a blog post from American chef Gerard Craft, discussing how restaurant awards can make you enter a downward anxious spiral.

"In March of 2011, I was sitting in my car in the parking lot of a Whole Foods, staring at my phone. The James Beard Award finalists announcement was being live-tweeted (for the first time ever, I think) and I was full of nervous energy. I thought that since I had been a finalist for the previous two years, it was a given that I would be a finalist until I’d won or closed my restaurant down. That’s just how it seemed to work.

But the category for Best Chef: Midwest came and went and I didn’t see my name. My heart sank. I felt sick to my stomach. I knew everyone in the St Louis food world was watching, expecting me to be the first chef to bring one of the biggest culinary awards home to our city, and I didn’t even make the shortlist. I felt so much shame; I didn’t want anyone to see me. I was so embarrassed. In that moment, I fell into a pretty deep depression that I couldn’t get away from for more than half a year. 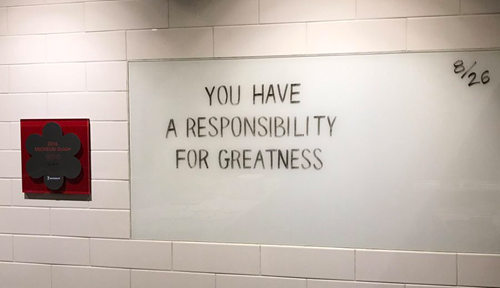 When I opened Niche in 2005, there wasn’t even a thought in my head about winning a James Beard Award. If you had asked me about it then, I probably would’ve laughed. I was just hoping to make some good food in a good town, get a nice review in the paper, and stay open for more than a year. I wasn’t thinking about winning prestigious awards. When that first nomination came, that first finalist status, it was fun, because of course, I didn’t expect to win the first year I was nominated. But when it happens a second, third, fourth, fifth, SIXTH year in a row, it’s different. Somewhere around the third year you don’t win, you start to be called Susan Lucci and feel like a loser. And it’s crazy, because you’re not a loser—you’re clearly being compared to winners—but that kind of rational thinking gets lost somewhere along the way, and ego takes over. The years I lost, I felt like I’d let everyone down. When I was taken off the list, I started to wonder if my staff, my wife, and my kids thought I was the complete failure that I felt like.

Everyone always talks about leaving work at work and home at home. Be present. Don’t bring your “stuff” with you everywhere you go. Unfortunately, these feelings don’t exactly turn off or on, and trying to turn to change them makes it worse.

To make it even worse, you try to leave work at work, but when you get home, your name and face are in the news, good or bad. I remember one year after I was back on the nominee list that I didn’t even go to the awards, because I was so stressed by them. The St. Louis Post-Dispatch found out and sent a photographer to the kitchen to photograph me while they made the announcement for Best Chef: Midwest. I hadn’t practiced my “graceful loser face,” so when I didn’t win, they captured my face looking at my phone. It was definitely a look of defeat. They proceeded to use that picture for every story they would run about me in the future.

Then there are the headlines that run after you lose: “The Scoop: James Beard award escapes Craft,” “Breaking: Gerard Craft of Niche NOT “Best Chef: Midwest.” Or even the night I won: “Gerard Craft Finally Just Won a James Beard Award. So What Took So Long, Anyway?” It’s brutal. I am not alone in this feeling; countless friends have come to me sharing their own struggles with depression and shame attached to it.

Top-5 lists, top-25 lists, 100-best lists, Michelin star ratings, and even reviews can also have the same effect on chefs and restaurateurs. In my town, there is a top-100 list, and Niche was listed as the Number 1 restaurant. But then every year, I would panic that Niche would be knocked off the top spot. That fear was ultimately one of the major factors that went into the decision to close the restaurant in 2016. I thought that if we went out on top, we couldn’t be knocked down. But what is wrong with being Number 2? It is a pretty amazing thing to be the Number 2, 3, 4, or 5 restaurant in your city, or to even make the list. But to me, and many people I know, being taken down a notch is embarrassing and shameful. And unfortunately it wasn’t just me, it affected my entire staff, who were all fighting to stay on top. It was stressful for everyone.

I’ve always wanted the Michelin guide to come to St. Louis because I know it would give us the ability to push harder and raise our standards and the prices to match. It would have helped Niche get more travelers from outside St. Louis. In Europe, that is how it works; that’s how you find a tiny restaurant two hours from Rome or Florence that is worthy of the trip itself. In 2003, Chef Bernard Loiseau killed himself because newspapers were speculating that he would lose his third star and become a two-star restaurant. The sad thing is that I can imagine myself feeling that way in the same situation; I was feeling pretty close to it myself in 2011 when I was dropped from the Beard list. Being the chef of a two-Michelin star restaurant is an incredible achievement that most people never get. So why do chefs feel so much shame going from three to two? Or shame that they haven’t received three? 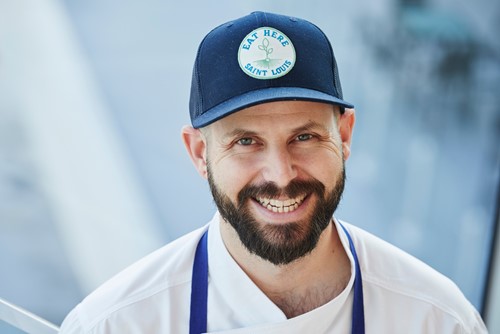 Unfortunately, the public defines us by these victories and losses, so more often than not, we define ourselves by them. Most people have no clue about the amount of blood, sweat, and tears that goes into a restaurant, so the thought that we could be so broken by the public’s view of us doesn’t make much sense to them. But to us, it can feel as if our reputation and every positive thing we have ever done can be easily forgotten after one bad headline. It is crushing. And to people who already battle depression, this can take us to a dark place.

It should be no secret that many people who are drawn to the restaurant industry (including myself) are also people that are prone to anxiety and depression. The state of our country’s healthcare system makes it challenging to have access to any sort of basic, affordable, medical care, and then the coverage available for mental health is either too expensive or too limited to certain providers. Even with a great insurance plan, this issue isn’t easily addressed. You could find a great therapist, but for whatever reason, they don’t accept healthcare, or your healthcare. Or they do accept your plan, but the premium is too high, so the cost becomes prohibitive and mental health takes a backseat to every other daily challenge. The stresses that we face are often even more amplified than they should be, and often self-medicated with drugs and alcohol. I’ve been through the cycle of professional and self-treatment enough to re-prioritize mental health care, and have since started seeing a psychiatrist and take medication to deal with both anxiety and depression.

At some point, Gerard Craft and Niche had become merged together, and the success (and failures) of Niche were completely internalized to me as the success and failures of me as a human. But after taking a step back and embracing more of a chef/CEO role, I can drop some of that ego and feel comfortable as a mentor and businessman. It doesn’t mean I don’t get competitive and it doesn’t mean that this business still doesn’t give me tons of anxiety, but my existence doesn’t currently rely on me being Number 1, and that is a good place for me. For now, I am the owner of the Number 10 and 12 restaurants in the city according to that top-100 list. While I am sure that will change for better or worse at some point, I know it won’t hurt me as badly as it once would have.

Sadly, I am not coming to you with a conclusion on how to fix these problems. And I am by no means suggesting that you close your top restaurant, like I did. I am also not suggesting we do away with lists and rating systems. I think we, as restaurant people, just need to evaluate how we judge our self-worth and success. I am a good husband, a good father to two beautiful and funny girls, employer to over 350 people (and growing), someone who is constantly giving back to the community around me, and who is doing my best to mentor future hospitality leaders. That is how I want to be remembered. None of that has to do with a James Beard Award, Number Whatever Spot on a List, or a Michelin Star. And that’s what’s important."

(Gerard Craft is the chef/owner of the Niche Food Group in St. Louis and Nashville. This blog post was originally written for Plate)