; What We Lose When a Restaurant Closes | RSVP Insider

What We Lose When a Restaurant Closes

The story of Porsena — a restaurant in New York that shuttered this year after a 10-year run — is still playing out across the US as businesses feel the reverberations of the pandemic. 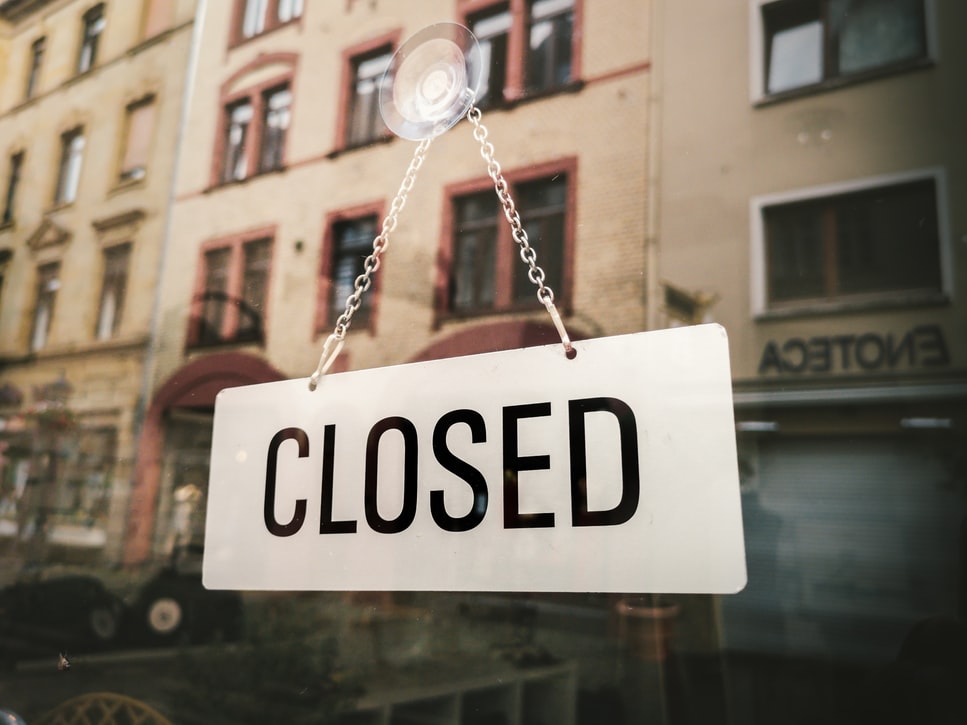 2020 was supposed to be the 10-year anniversary of New York mainstay Porsena, and the Italian restaurant planned to go big with a slate of community events: a February dinner exploring Italian-Jewish cuisine, multiple chef collaborations, a special May night serving the East Village restaurant’s original opening menu. Ian MacRae, the general manager of four and a half years, had a whole set of photos and letters from couples who had met at the restaurant — of which there were more than a handful — ready to share on social media to commemorate the milestone.

But by mid-March, as Governor Andrew Cuomo ordered the shutdown of restaurant dining rooms and other nonessential businesses, everything had changed. Anniversary plans were tabled, takeout and delivery were briefly attempted and then axed, the restaurant closed, employees were let go and then rehired, the restaurant reopened with outdoor dining (which cost at least $6,000 to establish and extra labor to set up each night), rent negotiations with the landlord failed, and suddenly, by late July, it became clear to Porsena owner Sara Jenkins that her restaurant would have to shutter permanently. August 1 was its final day of service; that last night, according to staff and guests, was a twin shrine of celebration and mourning.

“It’s amazing how quickly everything changes,” Jenkins said, noting wistfully how many plans she had had for the future. “Still, we did make it 10 years.” That, to her, is something to be proud of.

Porsena is one of an estimated 1,000 or so NYC restaurants that have closed since March — a number that is an educated guess, at best, given the lack of official city or state tally keeping track of closings in real time. The real count is likely much higher than what has been documented; as many as one-third to half of the city’s restaurants and bars may close in the next six months, according to an October audit by State Comptroller Thomas DiNapoli. Across the nation, nearly 1 in 6 restaurants have closed on a long-term or permanent basis, per a September survey by the National Restaurant Association. A Yelp study from the same month reported that more than 32,000 restaurants on its platform have closed since March, with 61 percent of those closures being permanent.

Each closing takes with it more than just the food and the space itself. Tied up in restaurants are memories, relationships, and livelihoods. Entire communities revolve around them, depending on their multifold functions as welcoming retreats, gathering sites, and places of work and camaraderie. Multiply closings by the hundreds, by the thousands, and the losses — both material and less concrete — start to pile up.

For its legions of beloved regulars, Porsena was the quintessential neighborhood restaurant: ideal for both special-occasion dinners and just a plateful of pasta after a long workday. Jenkins, who modeled the restaurant after the local places where she grew up eating in Italy, said she wanted Porsena to feel as if it were the living room for its guests, many of whom were longtime East Village residents.

And it worked: “It was literally like our second home,” says Cathy Talabac, who ate at the restaurant about once a week since it opened in 2010. Four years ago, when she married her now-husband, they had a post-wedding lunch at Porsena. The staff set up a big table and took care of flowers and ordering wine and Champagne. “They were just so nice,” she recalls. Her relationship with the staff was one of the things she cherished — and will most miss — about Porsena. She would often text MacRae to see if the restaurant had a free table, and she remembers once buying baby gifts for her favorite bartender.

Porsena was just that kind of place, according to patrons. “Everybody knows everybody, by sight or by name — diners, waiters, staff,” New Yorker writer and regular customer Sarah Larson wrote earlier this year. 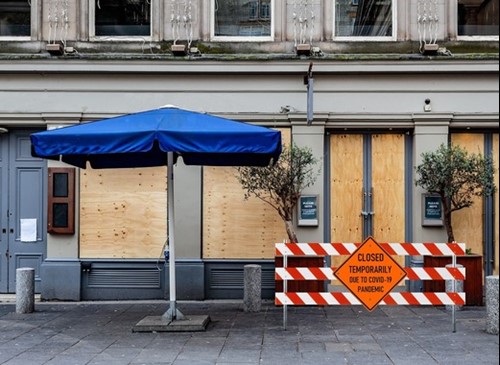 Part of that was due to the work that Jenkins and MacRae put into cultivating ties within the community. Porsena organized weekly movie nights in its Extra Bar next door, and, as Larson notes, last year held a memorial — “abundant with tributes and pasta” — for a beloved regular and longtime East Villager. The restaurant also hosted events to raise money for natural disaster relief and refugee aid, gave discounts to Danspace dancers after performances, and invited local artists to display work in the hallway between the main dining room and the Extra Bar — a space deemed Mezzo, “in between” in Italian, overseen by assistant manager and painter Christina van der Merwe.

Losing those relationships was hard, says van der Merwe, who spent seven and a half years bartending and serving at Porsena. There are so many patrons she’ll never see again, or even if their paths do cross, it won’t be the same. Porsena, the framework for those relationships, is gone. “It’s like a time capsule — [one] that you can’t get back, and all these people that can’t convene there again.”

It’s similar to how van der Merwe thinks of her former coworkers. The staff is close, almost like “family,” but things aren’t the same anymore, despite the group chat they have to stay in touch. “You just realize everyone’s going to go their own way,” she says. “People move on and try to figure out their own lives again … blasted into different directions.”

But while the quiet severing of those long-simmered connections may sting, more immediately pressing is the loss of income. Over the past three years, before the pandemic hit, Porsena was always busy, doing $40,000 to $45,000 in sales in a good week. Profits were modest — $20,000 in one year was considered “a lot,” in Jenkins’s words — but the money was sufficient to cover bills, rent, payroll, other costs, and her own salary.

“We were … in as good a position as we had ever been,” says Jenkins. “I had a lot of people living off of Porsena … an eclectic group of people, immigrants, artists, performers, musicians.”

That number hovered between 15 and 20 staffers by the time the restaurant closed. About half of them have managed to find jobs since then, according to MacRae, but “they’re all missing Porsena,” judging from texts that he still receives. MacRae himself is planning on giving up his New York apartment — which he’s currently subletting out, as he’s returned to his native Scotland for the time being — because he can no longer afford to keep paying the rent.

While unemployment benefits have helped, according to van der Merwe, she still feels the glaring loss of the $1,000 or so she used to earn weekly, on average, before the pandemic. “If you’re living paycheck to paycheck, it’s like now you’re negative,” she says. She has picked up some gigs here and there, but they’re not consistent. “It’s pieced together by the grace of something. … It’s definitely hard.”

Meanwhile, Jenkins is still paying off outstanding vendor debt, after she and her partners settled with a landlord who she says refused to give them any relief on their $14,000-$15,000 per month rent. (On the bright side, she adds wryly, at least she can write this off as “a spectacular loss” on her taxes this year.) Worse, though, is the feeling of profound personal loss. “I mean, I’m not a New York City chef anymore, you know?” she says. In 2016, after 17 years spent in New York, she moved to Maine to open a new restaurant called Nina June (currently offering takeout), but still continued to visit the city and Porsena every four to six weeks. “I don’t know when I’ll come back to New York again, and I don’t know when I’ll see the people that I spent 10 years working with again. And we’ll certainly never gather as a group — that time is just gone. And probably a large part of our customer base has also moved out of New York at this point.”

One of the things that drew Jenkins to New York to begin with was the feeling that neighborhoods could support a restaurant. You didn’t have to on the level of Eleven Madison Park to be successful, she points out. “I think some of that has been lost … out of economics.” Sky-high rents, rising costs, all these factors that spelled the end for restaurants like Porsena during the pandemic — they were already afflictions chipping away at thin margins. The COVID-19 crisis and its unmitigated economic fallout just accelerated trends that were already in motion.

Dan Lander, a loyal customer who considered Porsena his favorite restaurant in the city, echoes Jenkins’s sentiment. “We’re losing some of these places … that make New York great,” he says. He had his 40th birthday at Porsena, as well as countless dinners with friends. When he heard whispers that the restaurant was closing, he increased his visits to once a week, and he sent Porsena off with one last dinner the night before its final day. “This is why we live here, so we can have the experiences that we have in places like Porsena. And now we’re starting to lose that, one by one,” he says.

Today, Porsena remains just another dark, empty storefront among others on the streets of New York. Jenkins, MacRae, and others hope to see it come back one day, but the future remains up in the air, ruled by uncertainty over vaccine development and distribution, the continued spread of the coronavirus, and whether or not the federal government will do anything to help the small businesses and workers that have been left to bleed for nine months.

(This piece was first published at Eater.com)