; This husband-and-wife startup is trying to save mom-and-pop restaurants from pandemic oblivion | RSVP Insider

A couple is re-inventing restaurant websites in order to save them amidst the pandemic. 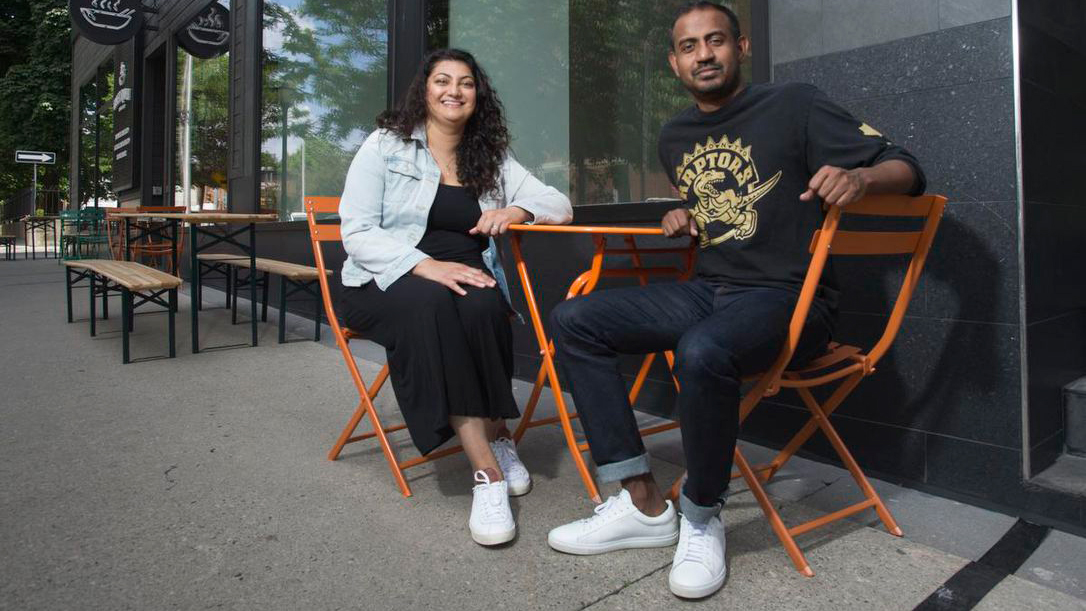 Thusenth Dhavaloganathan has worked as a dishwasher, busboy, server and less-than-enthusiastic line cook, a series of jobs at Creekside in Ontario, that can be chalked up to his emotional proximity to the owner and chef, a.k.a. his father, Tavon.

An accountant by training, Tavon went to Canada as a Sri Lankan refugee. He bounced around kitchens in Montreal and Toronto before opening a dine-in, family-style place of his own in Ontario, featuring chicken souvlaki, pan-fried calamari, New York strip loin steaks and garlic cheese bread on the menu.

His son has never truly been free of his Creekside duties, even as he aged out of his busboy years and headed off to Wilfrid Laurier University in Waterloo, Ont., to get a business degree and later launch a career in tech as a software product manager at BlackBerry Ltd.

If Dhavaloganathan’s phone wasn’t buzzing because of work, it was buzzing because his father was calling him with a question about one issue or another: a malfunctioning electronic cash register, menu redesign, marketing campaign, or whatever else might be causing the former accountant undue angst.

All those talks eventually led to an idea for a startup called Sociavore, which Dhavaloganathan and Amina Gilani, his wife, conceived as a one-stop, custom website building tool for technically impaired restaurant owners looking to create a consumer-friendly online presence — a “Shopify for restaurants,” as he puts it.

“Honestly, starting Sociavore was a way to get my dad to stop calling me at work,” Dhavaloganathan said, only half-jokingly. “I could just say to him, “Dad, all you need to do is log on, and then you can do everything yourself.” 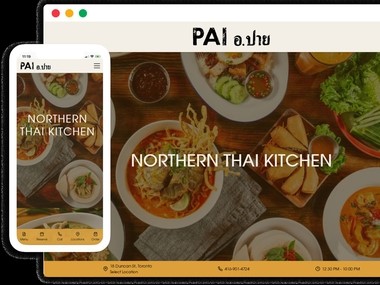 Clients pay a monthly subscription fee for a template that can be customized until their heart’s content, complete with all the whirligigs (online ordering, menus, customer feedback, reservations, e-gift cards, merchandising and Instagram integration) one requires to compete in the 21st-century digital marketplace.

“What we were really planning for was the restaurant of the future, and we were picturing five, 10 years out,” Dhavaloganathan said. “But then COVID-19 happened.”

Restaurants prominently feature in the industry-killing news caused by the pandemic. Gathering places for food, drink and good cheer have become sad, mostly empty memorials to the way things used to be. Patios opened, but with restricted capacity. Summer came and went.

Most dire of all is the forecast for mom-and-pop joints, such as the Creekside Kitchen. 60 percent of independently owned restaurants are in imminent danger of shuttering by Christmas.

Many would have already gone dark, Lefebvre added, were it not for the array of relief programs — small business loans, rent reductions, employee wage subsidies — propping up the industry.

“Conditions are going to get even worse,” he said.

But amid all the restaurant carnage, if there is a glimmer of something rosy, a green shoot amid the pandemic barrens, it could be that the restaurants that do survive will have done so by innovating like crazy — in an effort to access new revenue streams — in an industry notoriously averse to change.

That is pretty much where Dhavaloganathan and Gilani enter the picture.

Every member of the Dhavaloganathan clan, at points, has pulled shifts at the Creekside Kitchen, including Gilani, the childhood sweetheart Thusenth met in middle school and successfully wooed by the time they graduated high school.

Gilani, a self-described “klutz,” was the perfect, although infrequent, hostess at Creekside, before getting into the insurance industry.

“Our skill sets are very different,” Gilani said of her husband. “Thusenth is very technical and detail-oriented, while I am more of your blue-sky, big-picture type.”

The company now has 300 subscribers, but Dhavaloganathan is not about to declare the business a success. He is acutely aware of how precarious the situation is. Cash is holding up an industry, on teetering legs, and whenever those supports get pulled away, well, then, we’ll see.

“Amina and I like to think we have been building a future-proof business,” he said.

But in the here and now, Dhavaloganathan and Gilani are in regular dialogue with the chef of the Creekside Kitchen, an early client. Tavon has cut back on his hours, moving to a takeout-only model with curbside pick-up.

“My dad loves cooking for us at the restaurant,” Dhavaloganathan said. “The kids are spoiled — and I was spoiled growing up, too. I got filet mignon, and all that stuff.”

At 63, Tavon’s schedule has never been easier to manage. But after a lifetime in noisy restaurants, cooking in a sit-down place full of empty seats can get a little lonely, which is why he still phones his son to talk business.