From the state of Guerrero, Mexico, through the perilous voyage to make a better life in the US, to becoming the first Latin American chef to ever win a Michelin star. 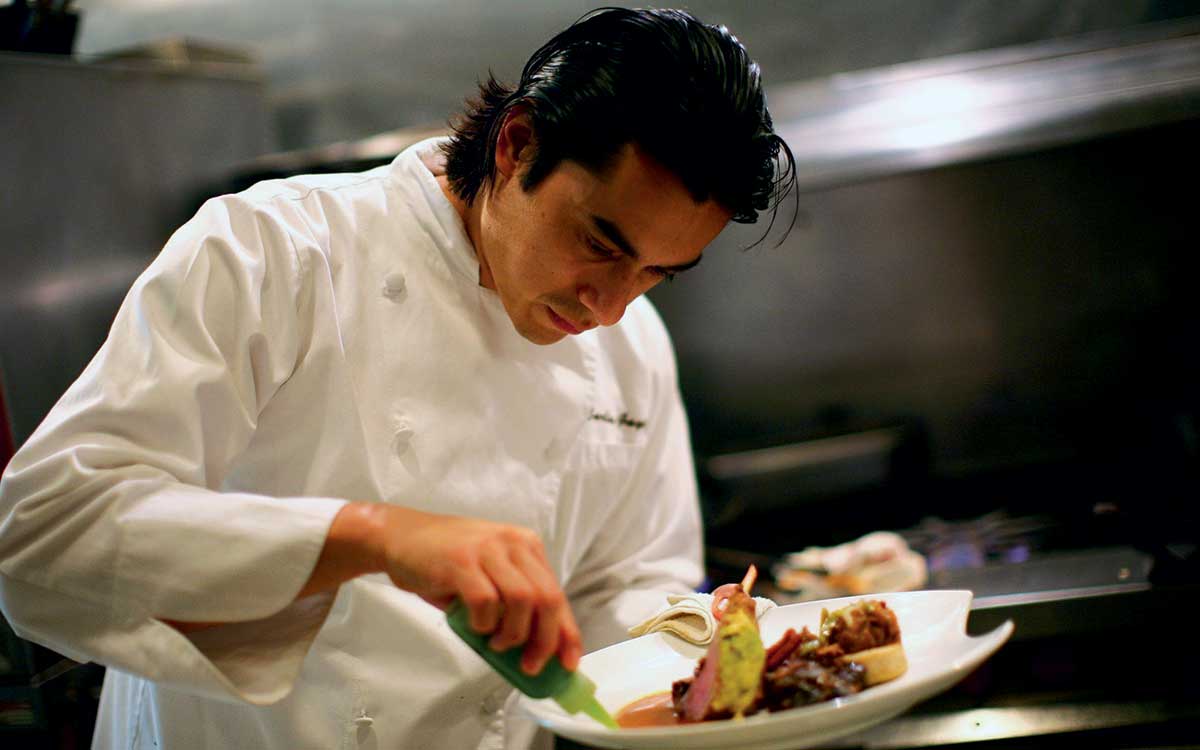 If you wanted to turn the story of Mexican cuisine into a Hollywood film, telegenic chef Carlos Gaytán – the first Mexican to achieve a Michelin star – would make an excellent hero.

“I started cooking when I was really young, helping my mother who had a little taco place in Guerrero. I was probably eight years old and I’d be cutting tomatoes or frying tortillas, whatever was needed,” he recounts.

The family struggled and, at times, the chef would see his mother go out foraging for ingredients because she couldn’t afford to buy them. But in a way it was a blessing: forced to be creative with what she had, she gradually became known for non-traditional street food. 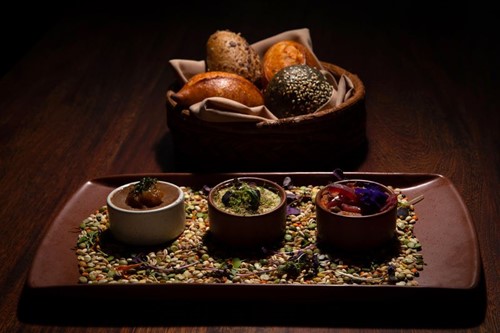 “She made these crispy ­chicken tacos, served with green salsa, avocado and sour cream, and they were the most amazing tacos ever,” Gaytán says. As word spread, customers would travel long distances to taste one – but times were still tough and he decided to move to the United States at the age of 20 “to earn money to help my family”.

Staying with a cousin in Chicago, he got a job washing dishes at the Sheraton hotel and asked the chefs to teach him to cook. “I had to come in early and work for free just to learn, but I got the opportunity to become part of the kitchen crew and they helped me so much.”

After four years, the head chef asked him to leave. “I got really upset [asking] ‘why do you want me to leave?’, and he said: ‘I’ve taught you everything I know, so we’ve got to look for a place for you to learn’.” That place was the Union League Club of Chicago, a prominent social club where he was eventually asked to create a dinner for the French Embassy, a challenge given that there would be 600 discerning guests and he had never been trained in French cooking. But the result was so well received that French restaurant Bistrot Margot approached him to become its executive chef.

Not a breed known for their humility, a lot of chefs might have accepted the high-profile job on the spot, but Gaytán paused. “I said, I don’t know a lot about French cuisine but I’m willing to learn if you guys are willing to teach me. The guys came to my restaurant and taught me right there. It took about four months.”

The job was life-changing in a different way – he discovered the French techniques that remain his favourite style of cooking.

On days off Gaytán would prepare Mexican food, heading to the market to buy ingredients to help him recreate the punchier flavours of home. The idea for Mexique, the French-style Mexican restaurant where he won the historic Michelin star, was born.

Opening his own eatery with just a small amount of savings, credit and donated kitchen equipment was a bold move – it is famously difficult to keep a restaurant going beyond the first few years.

The choice to open a Mexican restaurant without serving rice and beans, guacamole or margaritas – all staples Americans expect – was even bolder. But for Gaytán, it was also necessary for him to be taken seriously.

Yet by 2012 times were tough in the city. The restaurant’s location was challenging and the chef became despondent.

“The week we won the ­Michelin star I was going to close the restaurant that Friday,” he says. “Then I got a phone call telling me I won a star. They’d been following me since I opened, loved everything I do, and I was going to become the first Mexican – the first Latino – to get it.”

Not knowing much about Michelin, the chef told the caller she was too late. “I said, business is not going great and I think that’s going to be it for me. But then the next day, news reporters started calling me from all over the world and the day after that, the reservations line started ringing nonstop. It’s been full since then.” 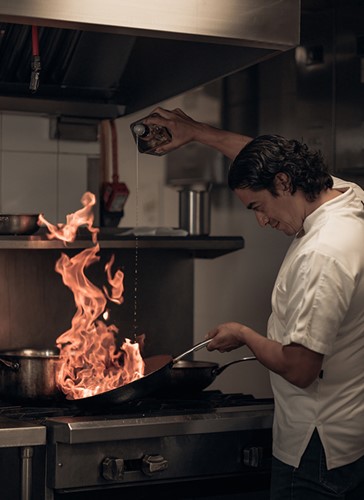 Carlos Gaytán features in a documentary that charts his improbable journey from a town in the state of Guerrero, Mexico, through the perilous voyage to make a better life in the US, his culinary education and the founding of his first restaurant Mexique to his being the first Latin American chef to ever win a Michelin star.

The documentary ‘Lives with Flavour, From Earth to the Michelin Star (Vidas con sabor: De la tierra a la estrella Michelin) is part of a series that tells the stories of some leading Mexican chefs including Carlos Gaytan, Monica Patino, Dominique Tougne and Alex Ruiz.

Despite it all, Gaytán still finds the time to go home and cook with his mother – tamales with hoja santa on his most recent trip home.

And although he’s an internationally recognised chef, there is no question in his mind as to who is the boss.

“She is the boss,” he laughs. “I’m basically taking notes all the time.”

It seems a long time since Gaytán arrived in America, afraid to recreate his style of cooking because it wouldn’t be recognised as Mexican. Now he’s proud to see chefs around the world being influenced by it, and diners becoming more educated, too. “In the past, Mexican chefs never wanted to step outside the box. Then I did, and others have followed, and people know more and more, even in other countries. This way we can do amazing things for Mexican gastronomy.”