; Is it possible to dream of getting three stars during the pandemic? | RSVP Insider

Is it possible to dream of getting three Michelin stars during the pandemic?

One of the most anticipated openings of 2020 finally welcomed their first guests. But can they dream big and survive a pandemic at the same time? 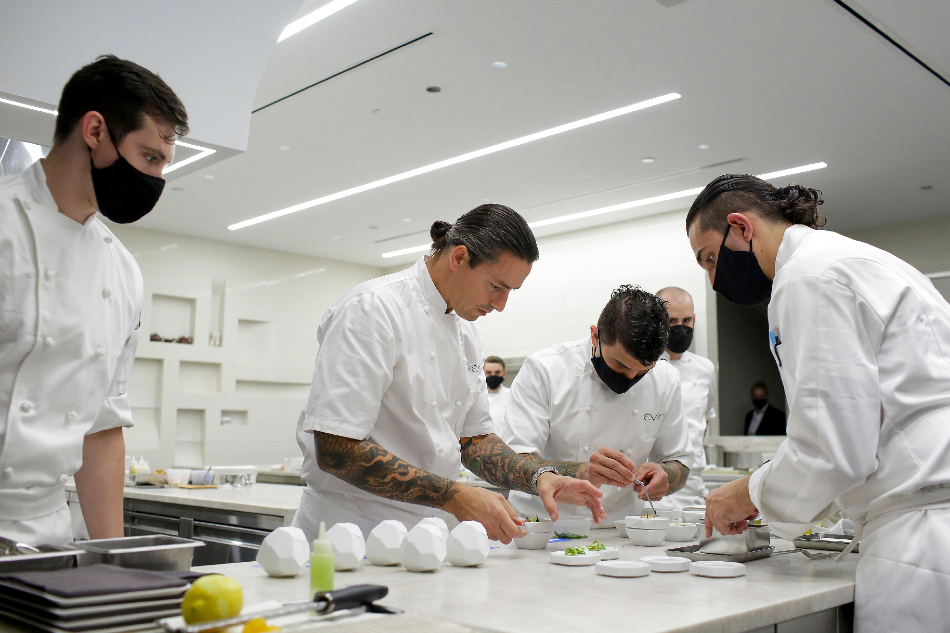 A pandemic is a curious time to open a “bucket list” restaurant — a place where diners splurge to celebrate special occasions, the kind of venue that lures culinary tourists who book reservations months in advance. But as the world copes with the novel coronavirus, chef and co-owner Curtis Duffy and co-owner Michael Muser will don their black masks and welcome customers to Ever, their new $5 million restaurant in Chicago’s Fulton Market neighborhood.

“This is a place you come to when you don’t want to question any of the ‘what ifs?’” Muser said to Eater.com “Will we have a great dinner tonight? What will service be like tonight? Will we enjoy ourselves tonight? Will we be coveted and cared for? When we walk into that restaurant, will every single member of that team want to break their heads open to take of me tonight? The answer in this room is ‘fucking yes all day, dude.’” 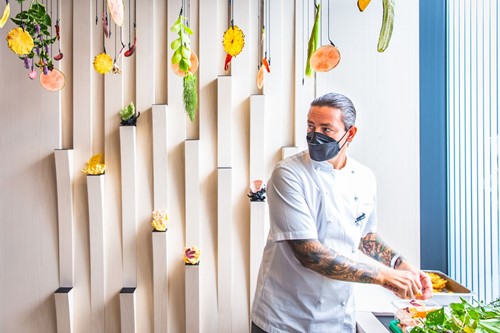 Ever is the duo’s follow-up to Grace, the three-Michelin-starred restaurant along Randolph Street where Duffy turned into a culinary superstar. Grace’s sudden demise at the end of 2017 left Chicago’s restaurant industry in a daze: What would become of fine dining in Chicago? How would the closure damage Chicago’s culinary reputation globally? Muser said there was never a doubt he and Duffy would return. He maintains Chicago deserves the caliber of restaurant he and Duffy aim to deliver with Ever.

The landscape for restaurants has changed in two years, and COVID-19 has further transformed the industry and everything it surrounds. Ever was supposed to open in spring, but the pandemic pushed construction back. Materials for the buildout arrived slowly, some vendors stopped answering phones. Indoor dining closed in mid-March, and Ever’s construction was about 25-percent complete. Muser says they had little choice but to continue construction. They had bills to pay and needed the restaurant open. So Ever’s staff embraced social distancing and limited seating capacities. Ever has 14 tables and they’ve reduced the number of people per table. Workers submit health questionnaires and their temperatures are taken daily.

Ever spent $6,000 on a 150-pound concrete table that sits near the host stand; the design matches the plaster hallways, reminiscent of a canyon. That’s where diners will find a porcelain tray with masks and an automatic hand sanitizer pump.

Duffy remains committed to ensuring Ever scores a full three-star rating from Michelin: “What else is there?” Duffy asks. Duffy’s allegiance to the tire guide is further demonstrated by the three red Michelin stars tattooed under this right wrist.

Ever opened with only one, eight- to 10-course tasting menu. Duffy says focusing on one menu will make the restaurant safer; with less work, the kitchen can thrive with a smaller staff. There’s less risk for exposure, he reasons. Duffy is placing a lot of trust in chef de cuisine Justin Selk who followed Duffy from Grace. 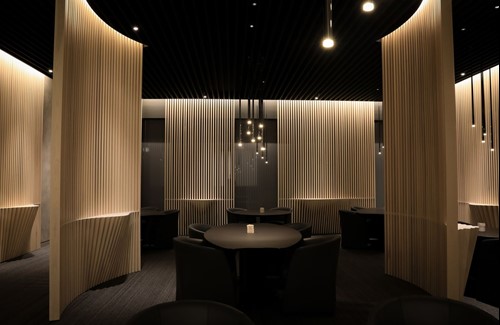 Muser knows fine dining isn’t for everyone. The optics of opening a $285-per-person restaurant are difficult to explain to those who aren’t interested. At a time when people have lost their lives and jobs, it’s harder. The owners of Chicago’s only three-Michelin starred restaurant, Alinea, were caught under an avalanche of criticism for offering a coronavirus-inspired canapé at their rooftop pop-up. Some of that anger stemmed from critics who dislike the elitism often associated with fine dining.

“I know we’re an expensive restaurant,” Duffy says. “You pay for a lot of things that go into what we do what we do. It’s the ingredients, it’s the labor, it’s the love. All those things cost money.”

As restaurants around the world adjust to whatever new normal that emerges, can Ever dream big and survive a pandemic at the same time?