Some of the world's finest restaurants are finding new niches—and new customers—amid the coronavirus pandemic. 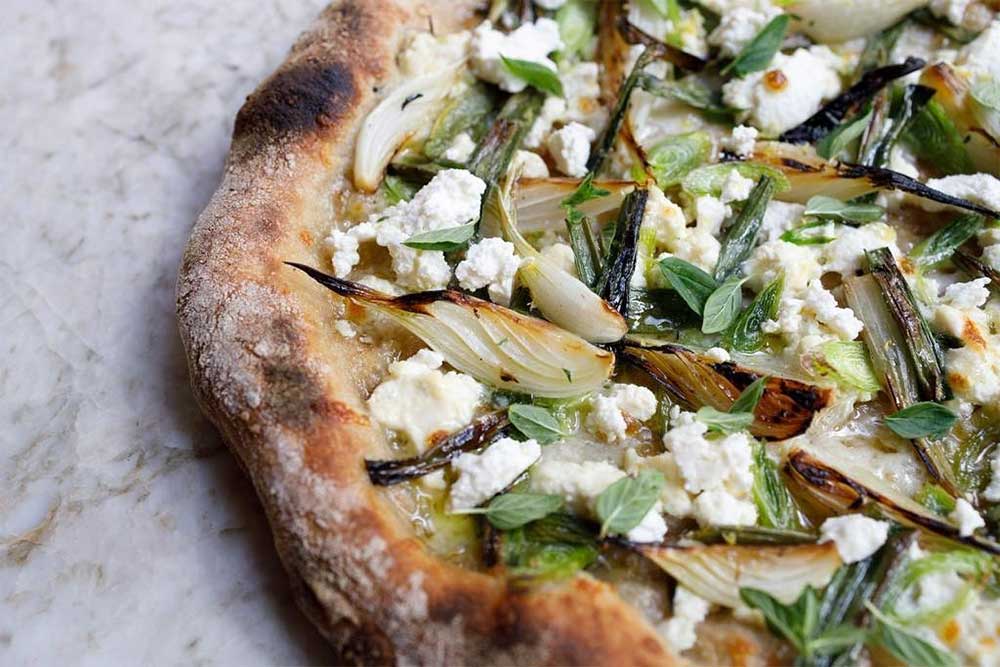 During these uncertain times, a little comfort food can go a long way, and that hasn't been lost on the fine dining world.

A slew of famous chefs around the world have pivoted their fine dining focus to menus meant to soothe the soul in the wake of COVID-19, and the venture's been surprisingly successful—both for the restaurants and the customers.

Noma, the Denmark restaurant consistently ranked one of the best in the world, announced in May it was reopening as a burger and wine bar. Rene Redzepi says they sold 65,000 burgers this year, and is considering slotting another less casual season into the Noma calendar for 2021. 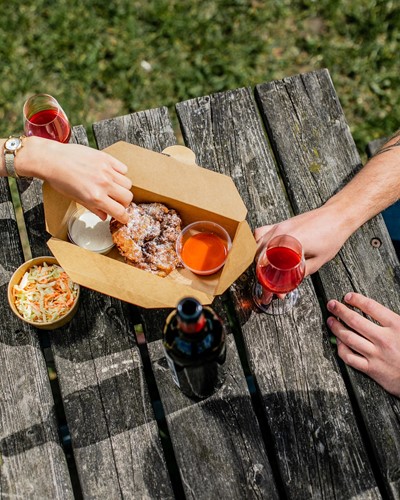 The same is true just down the street from Noma, at Amass. The restaurant paused its multi-course Nordic menu during the pandemic and created a fried chicken and wine bar. “Fried chicken has always been our side obsession," says chef and owner Matthew Orlando. "We have pop-ups in our garden and around town. It's kind of been our alter ego. Over the years, it developed a bit of a cult following."

With 250 portions of chicken being sold every day, the dish became a hit in Copenhagen—such a hit that the team at Amass decided to make it a permanent fixture of their restaurant. “It is separate in the fact that it operates with its own hours and menu," Orlando says. "That's it, though. It exists in the same space, only separated by a wall of bookshelves. I love seeing a dining room full of people eating tasting menus, and in the background, outside, there are 80 people eating fried chicken.” 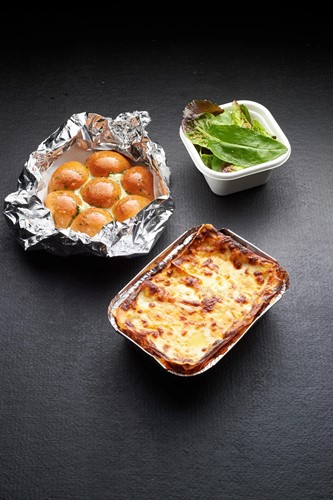 In Melbourne, Australia, Attica, one of the world’s best restaurants—famous for its creative use of native Australian ingredients like an ant-covered take on Lamington—is now serving lasagna, garlic bread, and salad. Chef and owner Ben Shewry went back to his roots when COVID brought on a desire for comfort. “Lasagna is a dish close to my heart," he says. "It’s my family's special-occasion dish—we eat it every birthday and Christmas. I wanted to launch Attica At Home with a comforting dish at a cost that people could afford."

For Billy Wagner and Micha Schäfer in Berlin, it meant selling all things art, and the 10-course menu that won Nobelhart & Schmutzig acclaim switched to condiments and heartier, more everyday fare than you’d expect to see at one of the world’s most talked-about restaurants. Torben Giehler’s 2020 canvas Cloud of Unknowing (€26,500) sits for sale on the website alongside potato soup (€16) and beef ragout (€16, “both puristic and timeless”). A shirt from Berlin menswear designer Frank Leder, made from 1970s Bundeswehr bedsheets, and baked into a loaf of bread, is a snack at €470.

For Pam Yung and James Lowe at Lyle’s and Flor in London, it meant ASAP Pizza, a takeaway and delivery model that used sourdough bases made with British heritage wheat to freight the likes of Jersey Royal potatoes, summer leeks, and lovage.

For Bertrand Grebaut at Septime it meant a delicious cheese burger: a potato bun, boeuf maturé, American cheese, iceberg, oignon, graines de moutard pickles (and plenty of them) and a sauce Septime comprising mayo fumée, poivres and jus de viande. For his fellow Parisian Atsushi Tanaka at TA, it meant chirashizushi (albeit with the rice, Spanish tuna and lotus root scattered with slender spears of wild asparagus and haricots verts).

What about Dominique Crenn?

"It means luxury comes from within. You don’t need to put ten tons of caviar, foie gras or wagyu beef or whatever things are expensive to tell people that it’s a great restaurant, a luxurious restaurant, does that make sense?" asked Crenn.

For Crenn, this new concept of smart luxury begins and ends with local fresh produce. She'll be sourcing most of her ingredients from her own farm, and cooking it in a very raw and simple way to extract the most flavor from each vegetable.

"We are so excited to be redefining luxury at the restaurant. Everything’s going to be mostly from the farm. I’m going to call it the 'new farm-to-table', smart luxury at Atelier Crenn. We’re going to pick all the vegetables on the same day we’re going to be cooking them. Same thing for fish, from water to table, and really focus on the ingredient."

In the kitchen, each group of ingredients will be cooked on a different Japanese grill: one for vegetables, one for fish, one for crustaceans, one for smoking. She's enjoyed rolling up her sleeves and sweating side-by-side with her farmers, working the land on her farm once a week and allowing her kids to experience vegetables fresh from the ground.