; Creativity during Covid-19? For this chef it means not giving up | RSVP Insider

Creativity during Covid-19? For this chef it means not giving up

Cosme chef Daniela Soto-Innes shares her advice for restaurant workers in a tough time for the food industry. 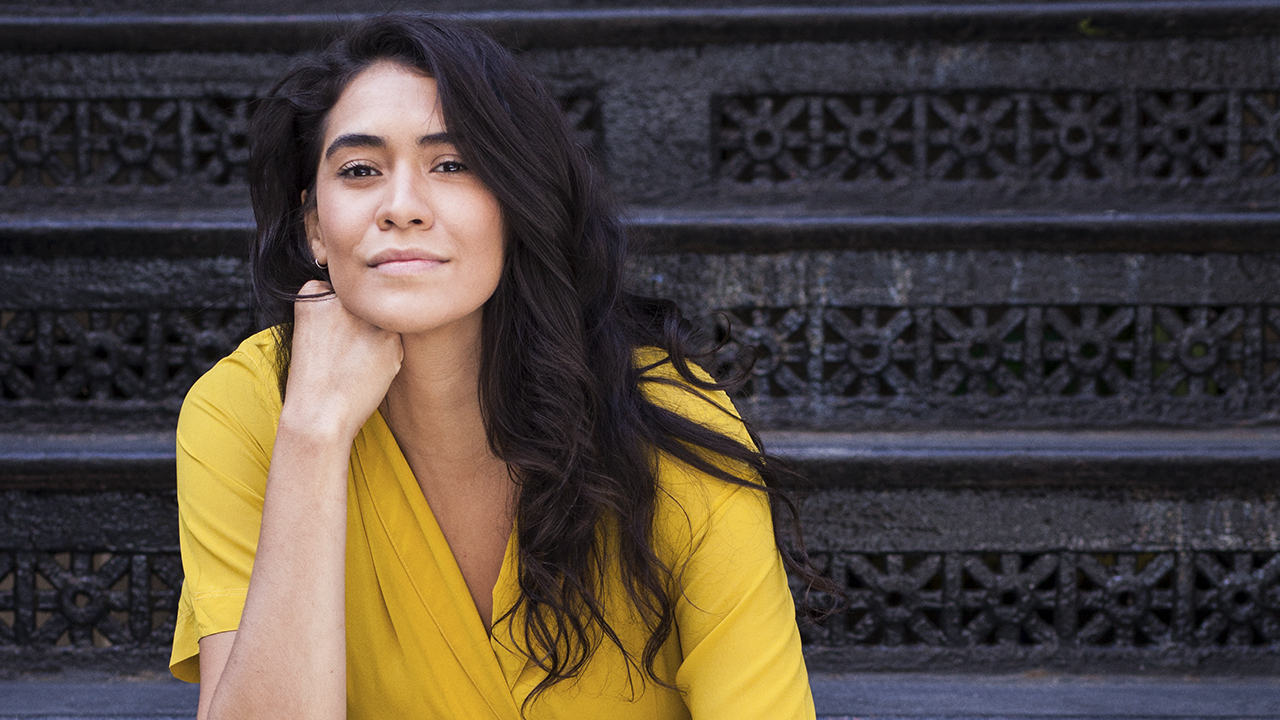 Daniela Soto-Innes has a reputation that precedes her. She was the youngest recipient of Best Female Chef Award by the World's 50 Best in 2019 at 28, she is known for her positive energy, can-do attitude and fun-loving character. Her good spirit is palpable even if she needs to wear a mask.

The lockdown in the US caught Soto-Innes possibly in the busiest period of her life. After Cosme and Atla, the chef – with her business partner and mentor Enrique Olvera, founder of Pujol – had two new openings slated for 2020. But the novel coronavirus had other plans. “When it all happened, we were opening Elio in Las Vegas. The first day we opened, we had to close,” she recalls.

The agility to adapt

Although Soto-Innes saw the lockdown coming, there was no preparing for the outbreak that would explode in New York. “I saw that our friends in Europe and Asia were closing down their restaurants and you could hear that this was an extremely serious situation,” she says. “I told myself: it's coming this way and it's going to come fast. But I didn't know that New York was going to be the epicentre of the pandemic.” 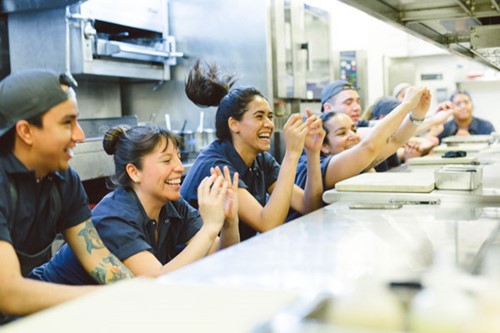 At this time, the chef learnt that she had to take a moment to reassess the situation and inform herself before making any decision. “When restaurants were asked to close, we opened Cosme as a takeout place. But all of a sudden, things got worse in New York and we didn’t want our team to work under those circumstances. We weren't ready. We weren't knowledgeable about how to operate the restaurant in those conditions.

“When something really bad is happening and you're not knowledgeable enough, you have to stop and reorganise yourself to understand the new conditions and adapt yourself to move forward.”

With a heavy heart, Soto-Innes closed both restaurants and focused her energy on something else: the plans for the reopening. “I had to think: what are we going to do differently when we reopen? And you want to think about that in a positive way. Maybe we'll have to change things completely and rethink the menu, but that makes you want to be better because it puts you in a completely different mindset. If it doesn't work, you might have to change again, but change is good unless you let it not be.”

After about a month of the restaurants being closed, the chef was ready to start again and at the beginning of May, Atla reopened to do take away and delivery with a menu featuring some Cosme dishes too, such as the signature dessert corn husk meringue. “Everything is different,” says the chef. “But I think that just makes people more creative. We had to figure it out and try to do it. The government said we can only do takeout – so we were like ‘okay, let’s try to do the best takeout we could ever do. Let’s get food containers, let’s make food that people will want to eat at home, let’s retrain our chefs’.”

Transforming Atla – a buzzy Mexican restaurant designed for people to share and enjoy together – was a challenge. Plates were put away. The dining room was filled with food containers for deliveries. The kitchen had to be transformed into a takeout kitchen, and protocols had to be put in place – checking temperatures whenever a member of staff arrived at the restaurant, wearing a mask at all times, changing your clothes. But Soto-Innes didn’t back down. “If we have to change it all again when they let us reopen the dining room, we will. For now, we just want to cook the best family meals we’ve ever made.”

Soto-Innes compares the moment chefs and small business owners are going through to graduating from college or university. “You don’t know what to do, which job to go into or which direction to take,” she says. “You don’t have much money, but you still have to make all those important decisions. It’s normal to worry, but it’s important to have hope during these moments, even as no one knows what’s going to happen.”

Accepting uncertainty and facing it head-on has been the chef’s strategy over this period. “Chefs are always figuring it out. Like when you have someone who wants to eat at the restaurant, but they’re allergic to a few things on the tasting menu. We always want to welcome people somehow, even if it's sending food to their houses. Sometimes I worry that the tortillas are not going to be warm, but there are some things you just have to let go of in order to enjoy yourself,” she admits. 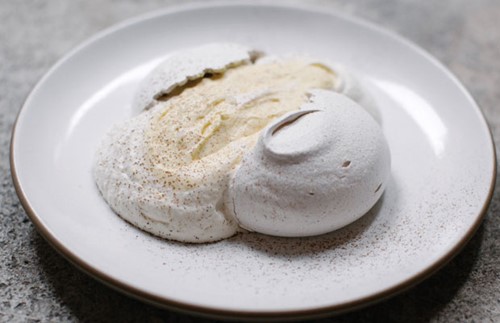 Ultimately, she says, no one knows what the future of the hospitality industry holds after this harrowing period. “Focus on your best-case scenario and continue to follow your goals,” says Soto-Innes. “If you’re positive, people around you will elevate and nurture that, and figure out how to keep it going.”

When discussing creativity, Soto-Innes pauses briefly to share a deeper reflection. “People who are willing to help and create magic out of nothing – that's what it takes now,” she says. “For chefs, creativity right now is not giving up.”

“People have more time than they’ve ever had,” she continues. “Creativity is using the space and time that you have to find new ways to be happy with yourself. To create systems that work for you. We’re non-stop trying to figure out how to bring people back, trying to understand what works and what doesn’t. But here at Cosme, Atla and the group, we’re a family. So we don’t give up.”

Famous for running what could be called ‘the happiest kitchen in New York’ at Cosme, Soto-Innes has put new systems in place to help her team stay positive and creative during this time. Even during this interview, she has to pause to ask her team to turn the music down, and then again to ask them to be less loud. Her positive attitude, clearly, is infectious. “It takes only two people to create magic. If you see that someone is positive, you stick to that person. When you see people laughing, dancing and singing to a good song, you automatically laugh and you enjoy seeing them happy. That's how you create a good ambience,” she says.

Before she became a chef, Soto-Innes was a professional swimmer in Texas, where her family had moved from Mexico when she was 12. To this day, she regards physical exercise as an essential tool to fight stress and believes it’s now more important than ever. “People who work in restaurants are generally extremely active. Cooking is thinking about a lot of things at the same time, talking to a lot of people, tasting, using all your senses. That makes your mind tired. When you exercise, you let go of that. You're in a blank space that is really beautiful and you can feel how your body feels instead of just putting stress on top of stress on top of stress,” she says.

“It's also just about feeling good about yourself and feeling good in general is important in order for you to do your job properly – especially at this time.”

Looking to the future

“I wish I could hug the whole hospitality industry right now!” says Soto-Innes emphatically. “Restaurants are places full of love. People who work in them are there because being a waiter, a front of house manager, a bartender, a cook or a dishwasher is a career, and it needs to be viewed as that. All these careers right now have been put in the dark, but we will not let that happen for long.”

For guests looking forward to visiting their favourite restaurants again, the chef has a special message. “Use your eyes, see everything that is going on and be grateful for the table and the chair you’re sitting on,” she says. “You're in a space that a team created for you to enjoy. Restaurants are born because there is a team behind them who wants to make people happy and help them feel comfortable. Hospitality is something you don't see, but it has a lot of impact on people. I hope they will see things differently the next time they walk into a restaurant and realise it’s their home.”

To cooks, chefs and hospitality workers around the world, she is simply asking not to give up. “You're never going to forget the time when you’ll see the first guests sitting back at your restaurant,” she says. “Just like when you open a restaurant and you see it full for the first time. You just look at your team and say: ‘I can't believe this is happening’. Just like that, it will happen again. It just takes time and it takes people realising that when they go back to work, they're going back to a different job, but with the best attitude they could have, because that’s what we need. We need more of that magic – the magic chefs create with their food.”

(This article was first published in the World's 50 Best blog)