; Coronavirus: Are government measures sufficient to save restaurants? | RSVP Insider

Coronavirus: Are government measures sufficient to save restaurants? 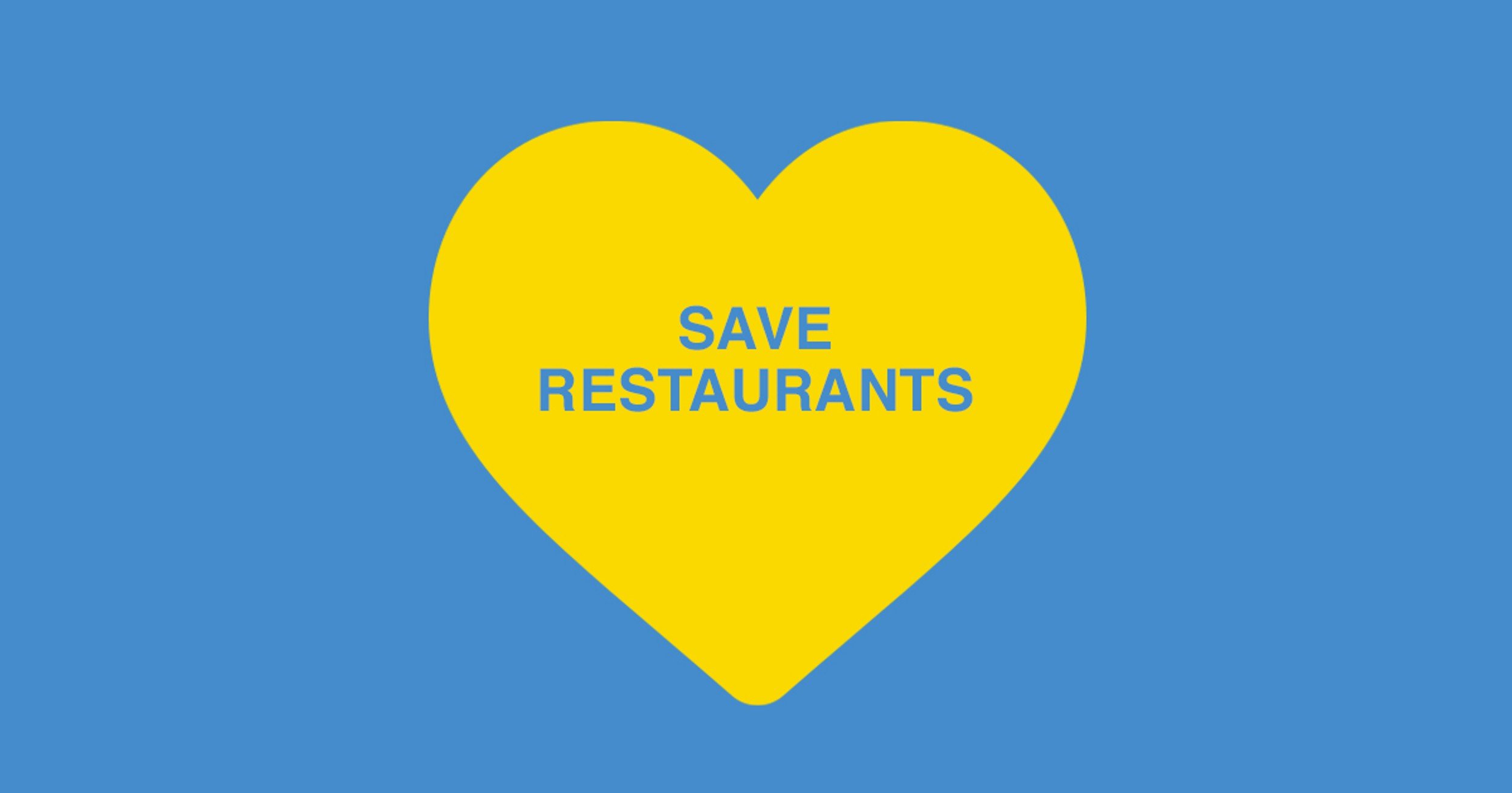 On March 27, Donald Trump took the time to address the restaurant industry crisis during a press conference. Of restaurants, the President said they “are a very delicate business,” but “they’ll all come back in one form or another.”

The restaurant industry is in an unprecedented crisis because of the COVID-19. Many restaurants have been forced to lay off most of their staff or close entirely altogether. Most don’t own their real estate and are afraid they can’t pay their landlords. Without revenue, restaurants cannot pay their farmers, bakers, fishermen, florists.

Some restaurants are offering takeout and deliveries, but the money those activities would bring in wouldn’t be enough to keep anyone employed, given the costs of insurance and rent.

Countries around the world are implementing emergency measures to support their debilitated economies — and restaurant industry — under the coronavirus threat.

The countries below implemented or plan to implement relief measures for restaurants affected by this health crisis. We also talk to key players in the industry to understand if government measures are being effective.

Denmark’s government told private companies, including restaurants, struggling with drastic measures to curb the spread of coronavirus that it would cover 75% of employees’ salaries, if they promised not to cut staff.

Under the three-month aid period that will last until June 9, the state offers to pay 75% of employees’ salaries at a maximum of 23,000 Danish crowns ($3,418) per month, while the companies pay the remaining 25%.

However, only companies with a minimum fall of 40% of revenue can qualify for these measures. If you see a 40-60% drop in revenue, for example, the state only covers 25% of fixed costs. (Only if the application is accepted can a company receive 80% of the accountant's expense.)

When asked if the government measures are sufficient to cover the damage of coronavirus in the Danish restaurant industry, Christian Tang from Kyros & Co. said “yes & no — they give us a fighting chance, but the fact is that the packages will not save businesses that were unhealthy to begin with.”

Kyros & Co. has been opened for a year now, and Christian thinks that we should look at this crisis with positivity. “What this crisis has done is refocus us, allow us time to introspect, about ourselves, our businesses, our lives,” said Tang.

Restaurant Noma has revealed that it is already feeling the financial strain caused by the ongoing coronavirus crisis.

The restaurant, which has two Michelin stars and has been voted the best restaurant in the world on numerous occasions, said that the border closures and lack of guests has hit hard.

Noma has closed its doors until April 14, while other known restaurants Geranium and Alchemist have also closed down temporarily.

But the ongoing coronavirus pandemic has already led to two Michelin restaurants in Denmark going out of business. The Kadeau Group, with a restaurant in Copenhagen and one in Bornholm, revealed that it has gone bankrupt.

Kadeau’s head of operations, Magnus Klein Kofoed, told Finans.dk that winter is always a tough time for restaurants, but the coronavirus crisis hit hard this year. Kofoed said he hoped to be able to restart some of the group’s activities on the other side of the pandemic.

Estonia is rolling out a €2 billion support program – equal to 7% of the country’s GDP – including loans securitization, sick leave compensation, and suspension of payments into the pension system.

Restaurants, however, are actually allowed to be open till 10 pm and have to provide 2m distance. “The visitor flow has completely stopped, thus most places have closed down,” said Harri Hanson from the White Guide Baltics.

Hanson also explains the short term relief is sufficient — the government will pay 70% of salaries for 2 months —, but “as the depth and duration of the crisis is unknown then the long term aid packages are more crucial and what they will be is still unknown.”

Some restaurants in Estonia have immediately turned to takeout and delivery in order to cover the costs of this crisis, although for Hanson “this doesn't work for everyone — fine dining in particular —  and is a somewhat different business, the ones who are able to adapt have slightly better chances of survival.”

11% of the more than 4,000 restaurant owners and operators surveyed by the National Restaurant Association (NRA) said that they anticipate they will permanently close within the next 30 days. With more than a million restaurants in the US, that would mean more than 110,000 closing for good.

The NRA also estimated that the industry lost $25 billion in sales in the first 22 days of March, and found that three million jobs had already been lost, with some major chains already laying off workers.

Restaurant Business Online, a leading foodservice magazine in the US, has compiled a list of the measures relevant for the restaurant industry.

For example, the US government allows restaurants and other businesses with more than one location and fewer than 500 employees to borrow up to 2.5 times their monthly payroll, based on figures from the prior year, or $10 million, whichever is lower. A different formula is available for seasonal businesses.

Small business borrowers will also be forgiven for the portions of their loans that are used for employee compensation and certain other business maintenance costs.

As a reference, Ian Cairns — a chef and food researcher based in San Francisco — has explained that the US government has put together a Coronavirus Aid, Relief, and Economic Security (CARES) Act, which has been signed into law. In this guide, you can see what it means for small businesses, specifically restaurants.

In an interview with The New York Times, chef David Chang said “if Momofuku and restaurants like Le Bernardin and Daniel Boulud’s and Danny Meyer’s are exposed and in high-trouble situations, I cannot imagine the fear of someone who just opened up a restaurant or some immigrant who came to this country five years ago who just opened up a pizza shop and this is their American dream.”

In the same interview, Chang says restaurants need help with loans, health care insurance for employees, as well as a basic income, but he doesn’t “expect the government to actually come through on any of that.”

The UK Government announced a relief package worth £12 billion to ease pressure on the economy caused by the coronavirus outbreak. Within that provision, there is a 12-month business rate pause aimed to provide relief to small businesses in the likes of retail and hospitality. (Business rates are a tax applied to commercial property, which is calculated according to an estimate of the rental value of that property on the open market.)

London is suffering from a dip in tourism and a general disinclination from customers in the city to dine out.

“An estimated 2.5m workers currently laid off or furloughed stated as part of the Government's Coronavirus Job Retention scheme,” said James Hacon, from Think Hospitality. But for many restaurants, particularly those already facing challenges, Hacon explained, “ the support will come too late”.

“We are still hoping for a debt enforcement mematorium to be announced. For many businesses it won't be enough, but for many more it will keep them afloat. The hospitality landscape at the other side of this will look very different, I am sure,” added Hacon.

For some, these government measures weren’t effective and aren’t sufficient. According to the BBC, nearly a fifth of all small and medium-sized businesses in the UK are unlikely to get the cash they need to survive the next four weeks, in spite of unprecedented government support. Some say banks are taking advantage of the situation and approved lenders were demanding interest rates of up to 30%. For Zoe's Ghana Kitchen, a series of private dining and supperclubs in the UK, the government relief plan won’t help. Being a small business owner, who pays herself in dividends, means she disqualifies herself for this scheme.

Even Italian restaurant chain Carluccio's has already gone into administration.

Propel, an online and paper magazine from the UK dedicated to pubs, restaurants and food service operators, has launched a series of interviews with industry experts. The first interview sees Tortilla founder Brandon Stephens discuss how restaurants will survive if the government doesn’t do anything about it, especially “without a negotiated arrangement between landlords and tenants”.

Additionally, Propel interviewed analyst Peter Backman, who forecasts foodservice sales will be down 89% in the second quarter of 2020 compared with the previous year. With this in mind, UKHospitality urges the UK government for urgent measures, especially to reconsider excluding tronc payments from the Coronavirus Job Retention Scheme. "This is a taxable income that team members have earned. Excluding it from the scheme means furloughed employees will receive less money to see them through this crisis – money they should be entitled to," Propel mentioned in a recent newsletter.